While walking up one of the hills on Conwy mountain I heard a Cuckoo and after listening to it's cuckoo call we managed to pinpoint it's location. We found the male bird in an area of trees close to a farm and after 5 minutes of waiting the bird flew out and headed up to higher ground. It returned 10 minutes later being mobbed by another male bird.
I managed to get 2 flight shots and this one seemed to be the best one 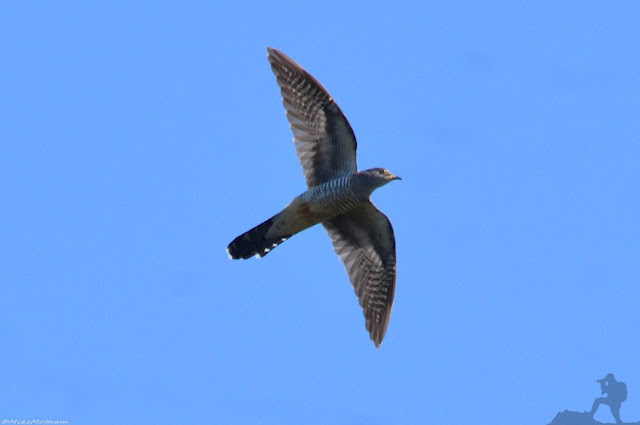 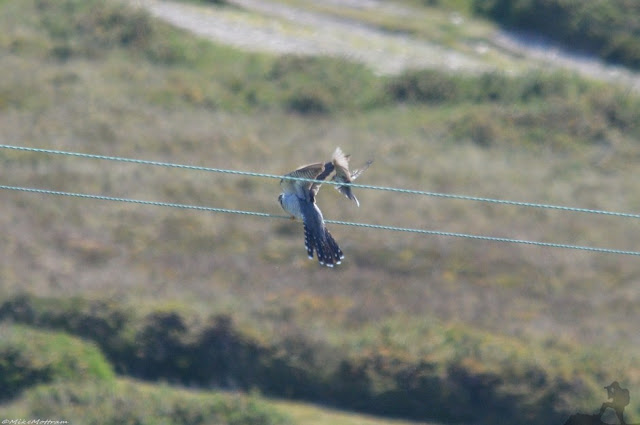 Only the male Cuckoo calls with the Cuckoo call and the female uses a bubbling call so it was quite interesting to see them competing for any females in the area. The 2 males kept getting mobbed by pipits that did not want them any where near there nests. It was great to hear my first Cuckoo and to see 2 on my second visit was a great result. Now I know there up there at this time of the year hopefully I can get back there next year or maybe in July before they leave as I would like to photograph one perched in a tree.
I spotted this Pipit with food in it's mouth so it must have had a nest nearby 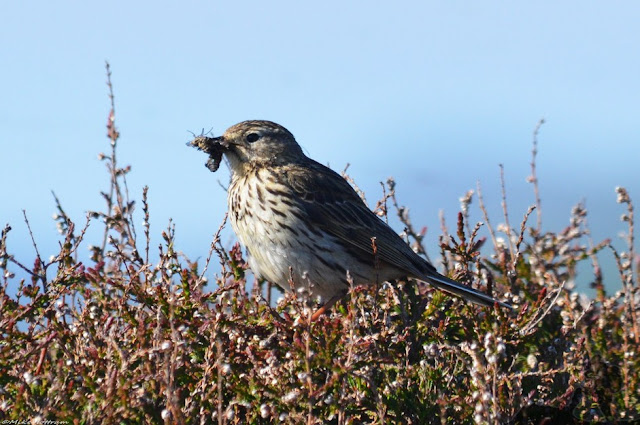 Buzzard chased by a Crow 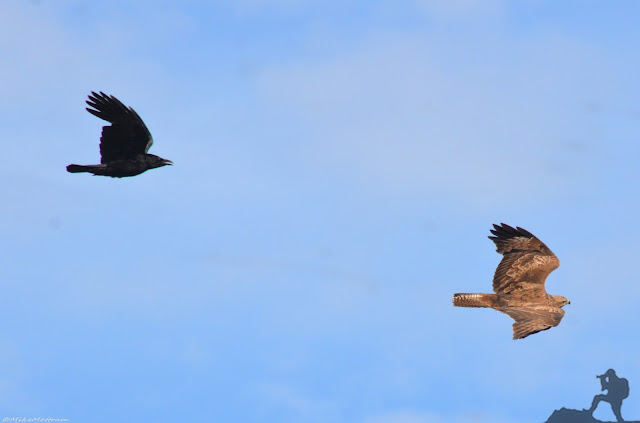 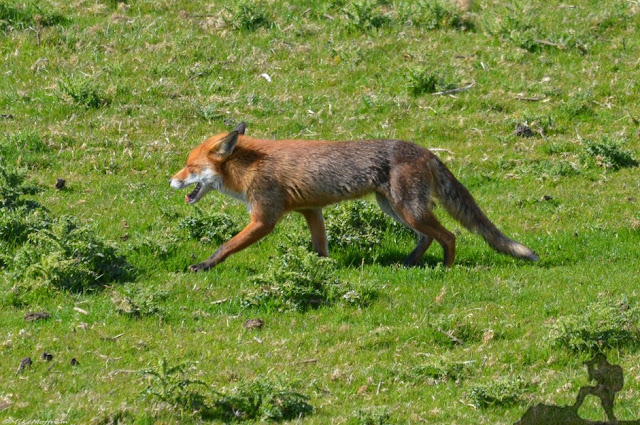 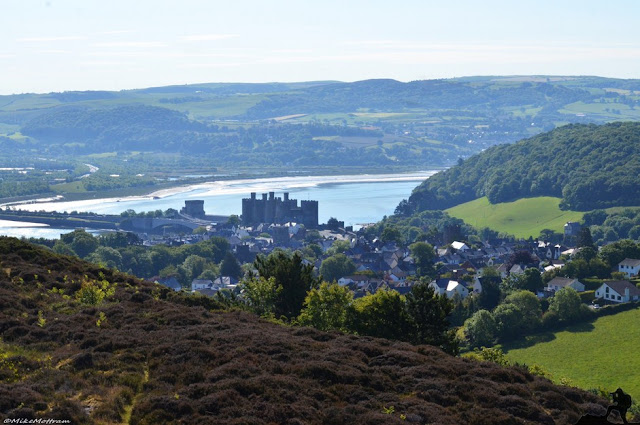 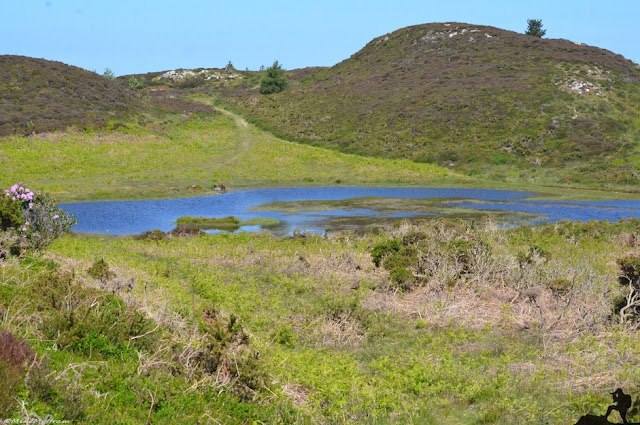 As this is my second and last visit on this trip it was nice to get a few photographs of a bird I've never photographed before and to find a new wild location to relax is a bonus for me. Since returning home I have heard my first Cuckoo on my local patch down by the river.