One thing I have longed for in North Wales is a coastal Fox family and while we were up in the mountains sunbathing and joying the view over the Irish sea I finally got lucky when a Fox headed right towards me. While having dinner one afternoon I saw a Fox in one of the nearby fields at first I thought the Fox had spotted me but it seemed I was wrong as the Fox started to head right towards us scent marking as it came closer. 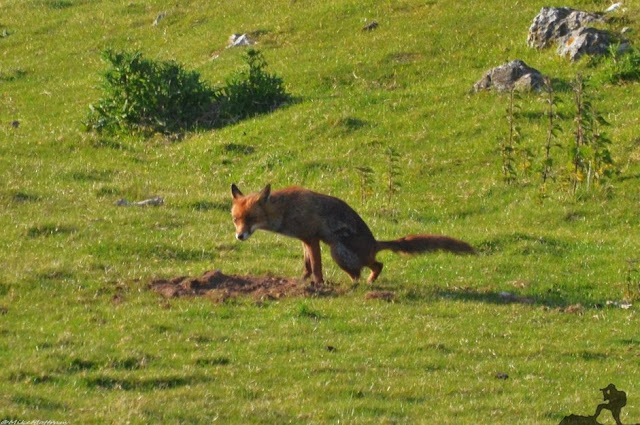 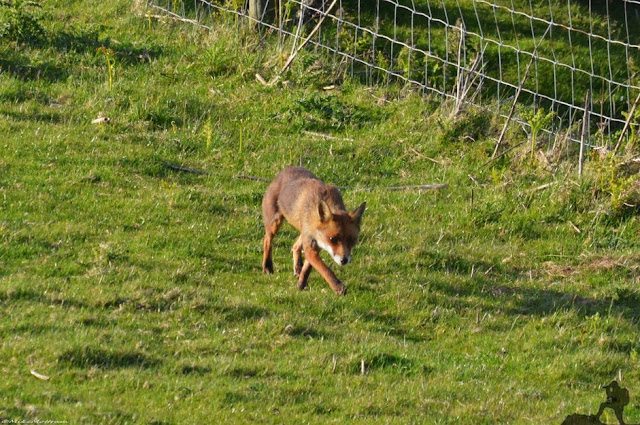 The Fox ended up a few meters away but unfortunately it stopped right behind some nettles so i could not get a clear shot and once it spotted us it decided to find another way around behind some rocks below where we were laying. I am thinking the Fox was hunting so possibly it could have cubs nearby so we decided to wait and see if we could spot any other Foxes in the area. 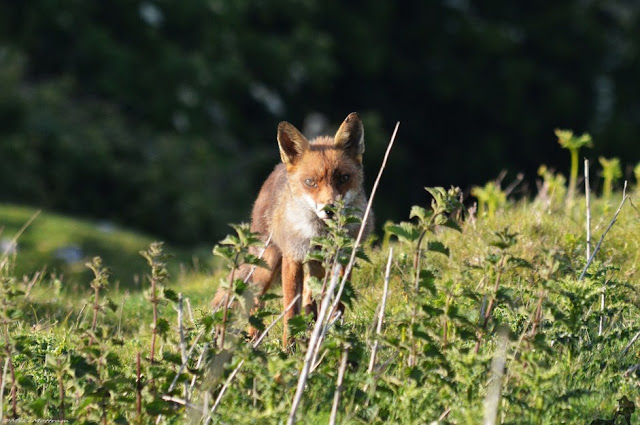 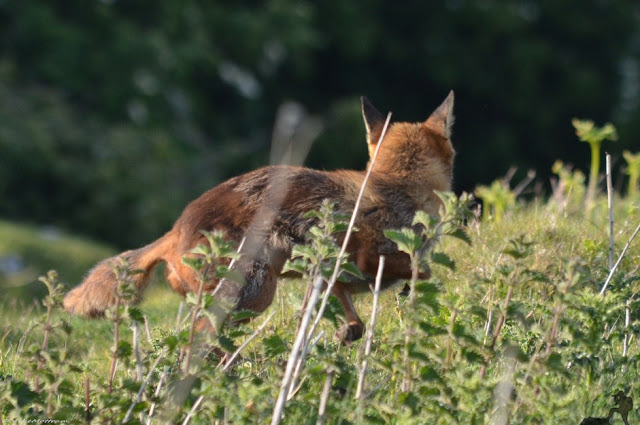 We watched the Fox head off into a larger field where there was small copse where it disappeared for a while. It enjoyed the fresh breeze and then left the area but it returned after an hour or so with a Rabbit!!!!! 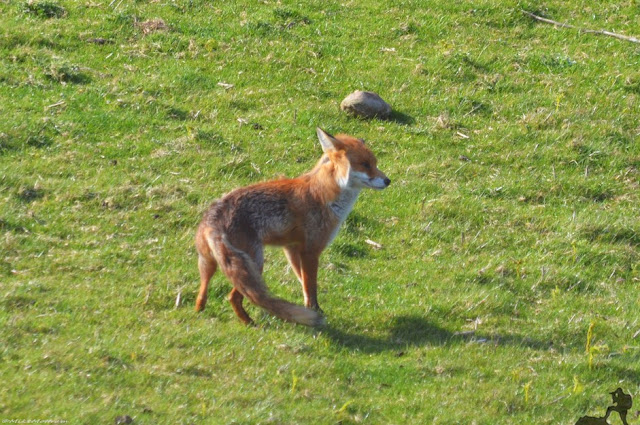 Below is the Female returning with an adult Rabbit in its mouth which it took to an area of bushes near a small pond. After another hour the wait was worth as two quite large cubs came out from some gorse bushes to play in the sun. As the light began to fade we headed off with the idea of returning to the same place at the same time but next time we would get in a better position where we could get a clear shot of one of the adults before it spotted us and we were rumbled. 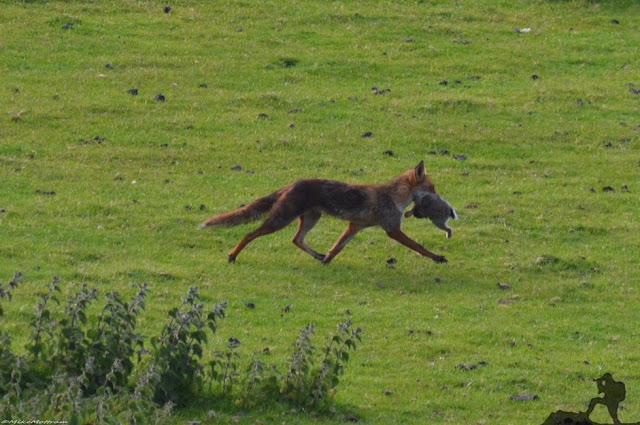 Two of the cubs running around, I was not sure if there was any more cubs hidden away possibly enjoying the Rabbit that there mother brought in. 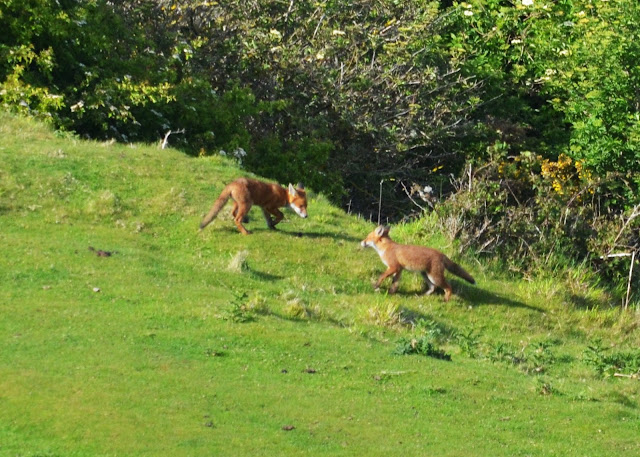 We saw a few other Foxes hunting and scent marking in the same area so I'm hoping these are last years cubs helping there mother look after this years cubs.