The disappearance of snow

After abit of research my thinking was that snow was moulting so she left to hide on the river as when swans moult they lose all flight feathers  which mean she would have been vulnerable and been a weakness to her Cygnets. So every few days we would take some food for her onto the river from Clover, lettuce and some bread to keep up strong. A few days later she had her wing draped in the water like an injury but a few days later she had the other wing in the water and the one that looked injured first was now in it's normal position. We were told Snow went back onto the canal then she disappeared and we have not seen her for a week now so whether shes back hiding on the river, deceased or moved on to find a new mate as I learned that Swans have divorces!?!?! so who knows where she is so all we can do is wait and see. The good thing is that she was definitely was not taken by any foreigners as they live in a busy part of the canal with people and boats moored up and down there stretch.  So Snows gone AWOL and now I shall get on with the Cygnets story as they too have had there adventures and losses due to many factors and I will post about them next time. 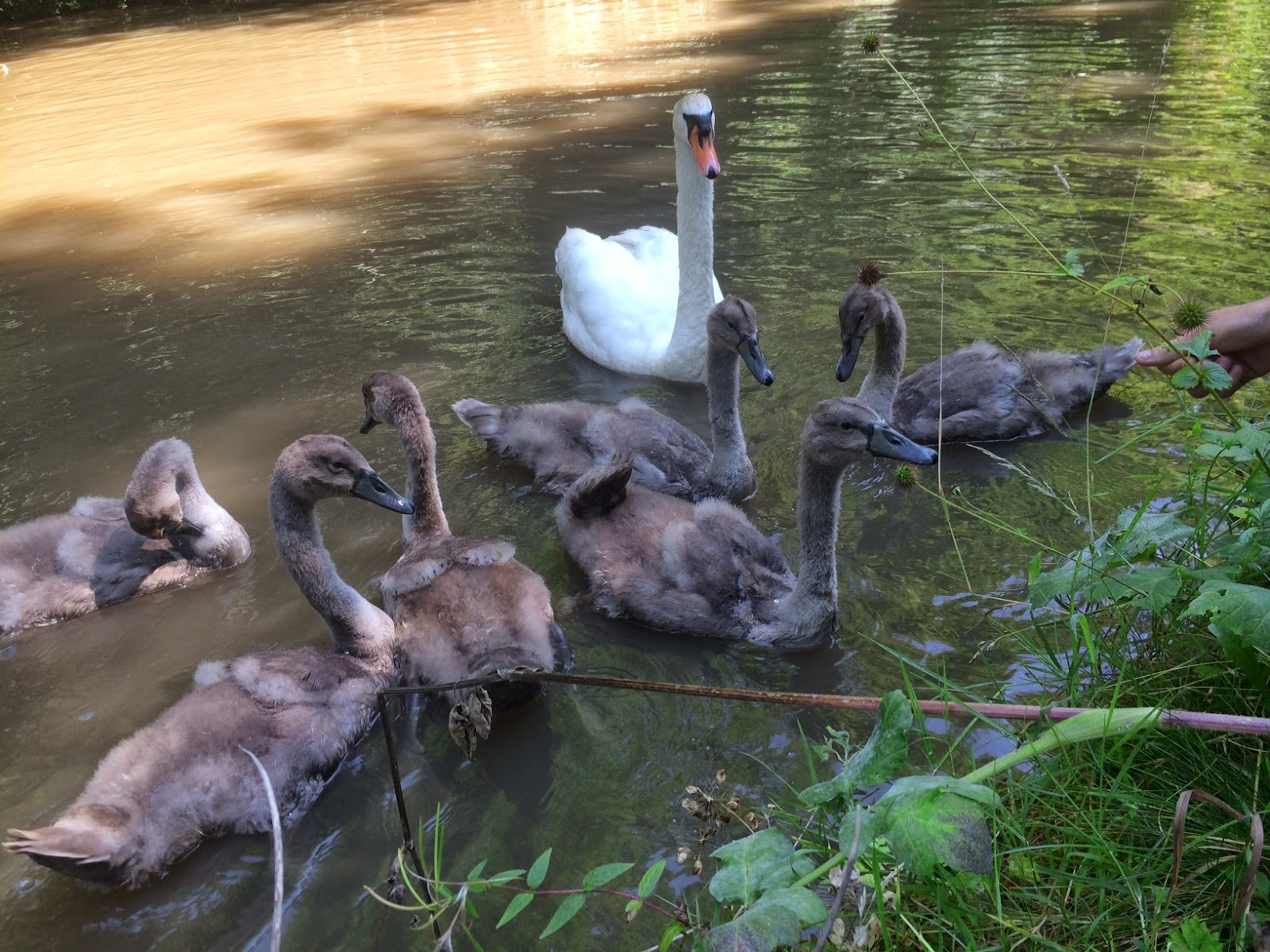