Number 9 of the 12 wild moments of 2012 has to be a project I took on over the spring and summer months when I found a pair of Grebes had taken up residence on a local lake and as I just began to gain my confidence in my kayak it enabled me to get into there world and get some amazing footage of these common yet interesting birds that dive for fish on many uk lakes and in the winter the sea!!!! 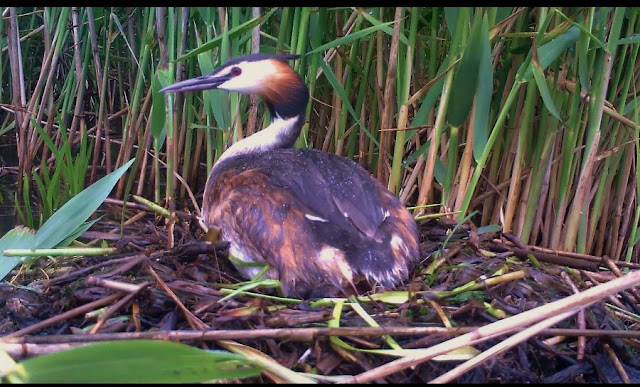 One paddled by the Grebes nest 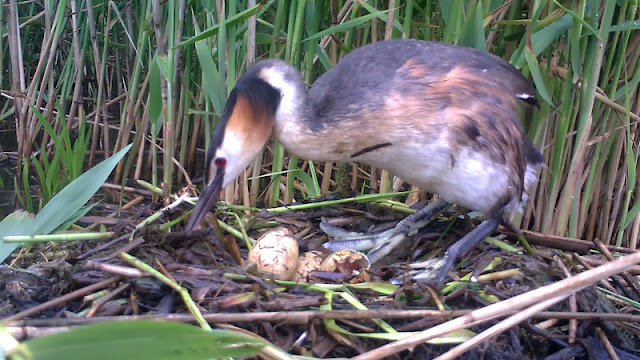 A few days ago I setup a camera on the Grebe nest and left it there for a few days on a wooden post I placed there and now there are used to it so now I don't have go near the nest so they are not disturbed. I have led a wire from the camera about 50m away into the reed beds and I connected up to the usb power wire to my battery in my kayak and connected to the monitor to see what was going on at the nest. I was amazed to see a Grebe sitting on the nest with one egg and the camera was in focus as the Grebe left and came back to the nest to incubate the egg. Hopefully she will lay some more and they will hatch and it will be the first time they have ever bred here and fingers crossed for some close-ups if they allow us to kayak next to them when they carry the chicks on there backs. 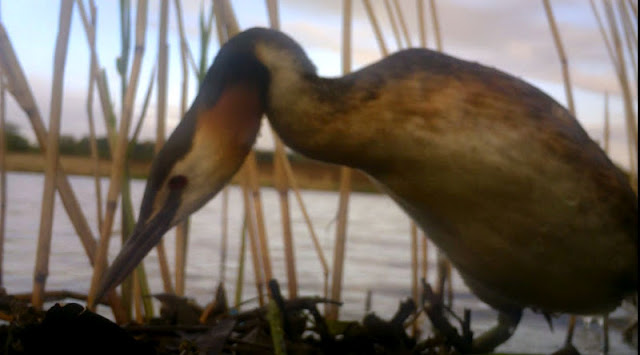 The male Mute Swan seeing of the Geese on the water which nest on the opposite side of the lake as well as the both Grebes watching the nest and as they don't pose a threat to the Swan they are left alone. 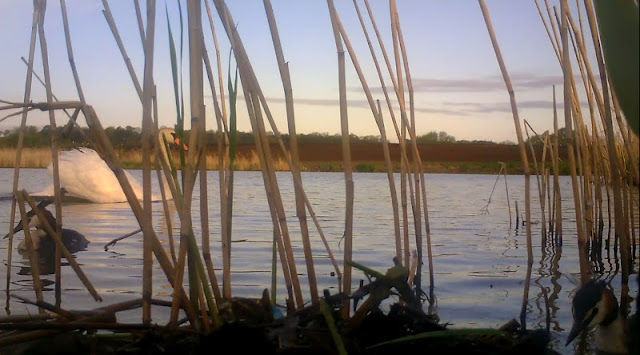 But my favourite part of the encounter with the Grebes has to be filming them incubating there eggs on there floating nests that were really at the mercy of the rising waters and floods in the summer months. After many attempts of building nests and laying there eggs 3 out of the 4 eggs hatched and fledged so now they are probably at the coast awaiting the signs of spring
when they will return to the lakes to begin the breeding cycle once again and this year I hope to capture there stunning weed dance ritual on my little lake very close to my home.