An afternoon filming at Tatton Deer park at Last

Yesterday I finally got to Tatton park to film the Red Deer in rut the weather was cloudy, cold and a little bit wet but this did not effect the day at all and after a few hours we had some fantastic footage and photographs documenting this amazing event that is happening all over the UK. 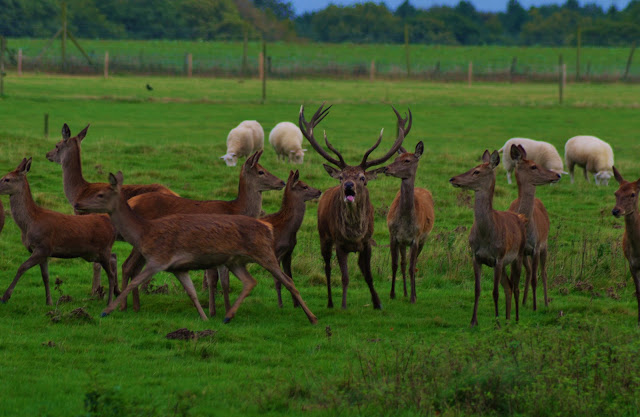 Below is some more information about the Rutting Red Deer :

October in the UK sees the start of the rutting season for red deer the rut is a period when the biggest and strongest male (stag) rounds up a group of females (hinds) for mating.  Of course every other male deer wants to do the same, but there's only so many females to go around. In order to maintain control over a group of females the stag must constantly drive away rivals.  The stag announces his superiority over other males by constantly bellowing out an echoing roar, which sounds something like a cross between a chainsaw and a burp. I guess if we had to shout for days on end like these guys do we'd end up making a similar noise. Sometimes shouting is not enough, and when contenders approach the females they need to be chased off.  Occasionally fights between males can break out, and this can lead to some serious clashing of those magnificent antlers 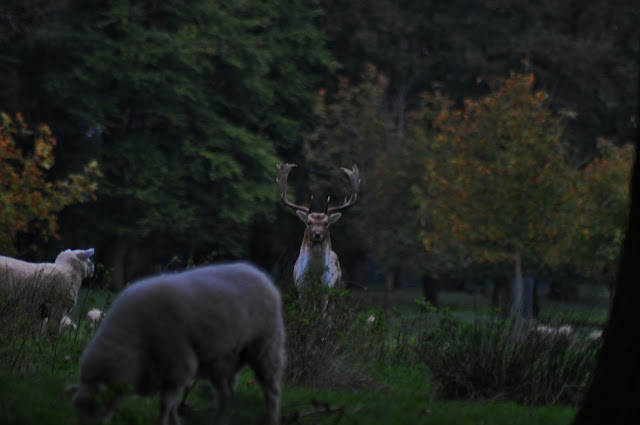 The Fallow Deer stags were also very active and they had there fare share of hinds to mate with but they did not seem as aggressive as the Red Deers so we managed to get quite close to them but as with the Red Deers the Fallow seemed very nervous and would run off if you surprised them or got to close.
Fallow Deer lying in the sun 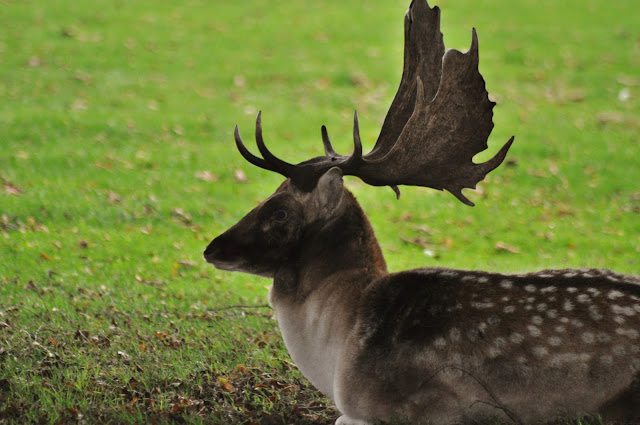 Red Deer stag and his 2 hinds with a wonderful backdrop 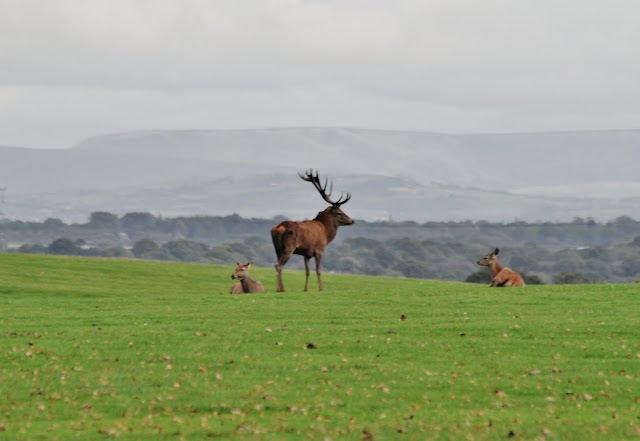 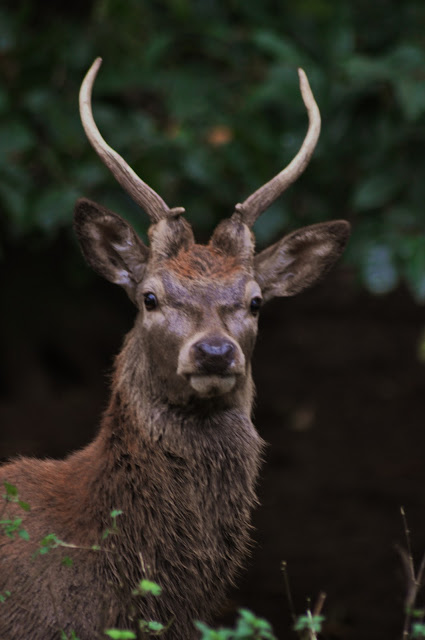 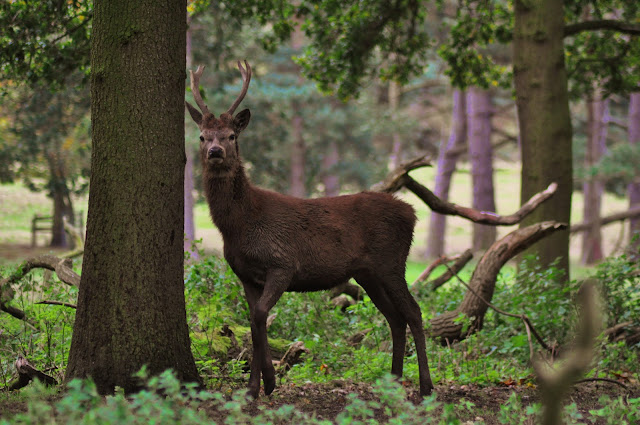 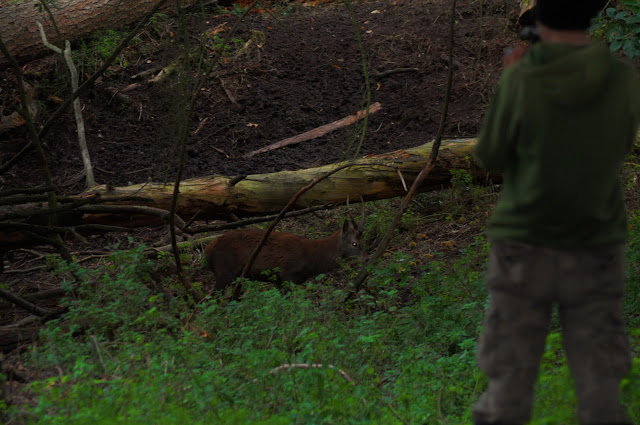 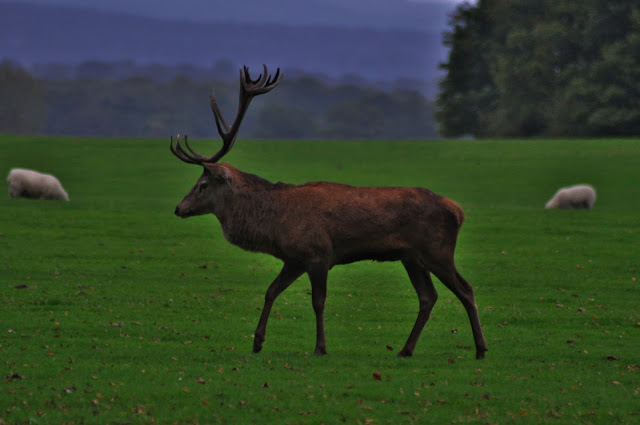 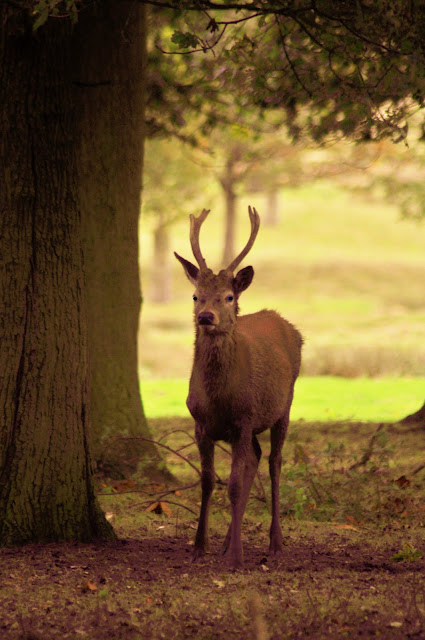 I had a great afternoon photographing the Deer and it seemed that even with the weather we still go lots of amazing footage and as it was my first time filming them and visiting the park I was really surprised by the backdrop of the hills so I hopefully will be visitng Tatton park again before the rut ends and I must say that I think the Red Deer are my new favourite mammal due to there power and size they are animals that deserve to be respected and as the sun went down at the end of the day I got this last shot to end the day.
A group of Fallow Deer at sunset 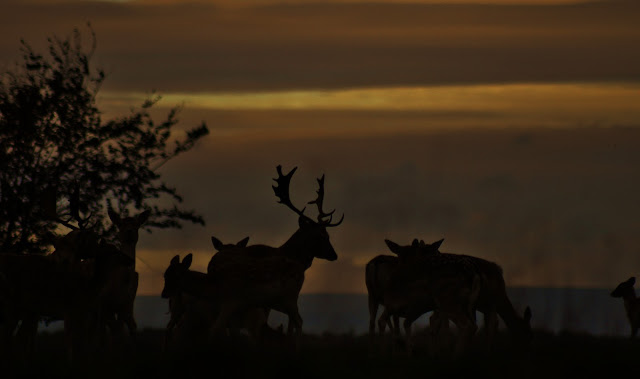 Tomorrow I will post some of my footage I filmed over an hour watching the Red and Fallow Deer I just wished the sun would have been shining and we could have stayed longer.