A few weeks ago before the growth of the Summer vegetation I was wandering by the river on my first afternoon walk of the week when in the courner of my eye I spied something rather interesting. In a patch of long grass I could see 3 pairs of red/black ears and 3 tails dashing around as I got closer I found an area of squashed grass which looked like some cute little mammals had been palying. So I decided to wait and watch and as I tucked into my lunch an adult Fox came in with a dead rat for the cubs to eat and play with. I managed to get close and snap a few photographs of the 3 cubs playing around the den area which was hidden under a bramble patch.
2 of the 3 cubs watch the 3rd with there new toy 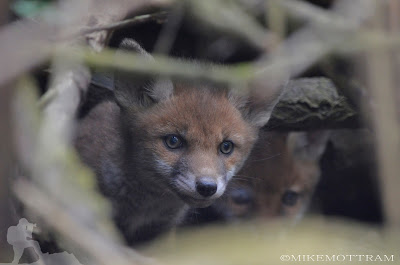 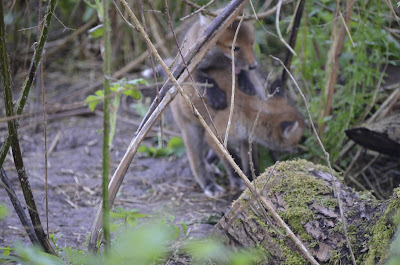 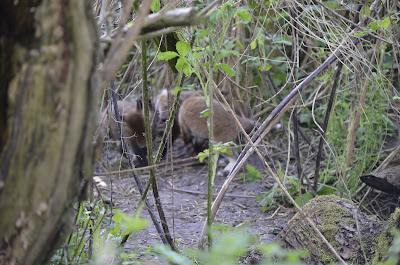 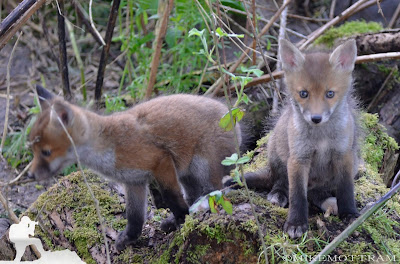 The now flat rat destroyed by the cubs 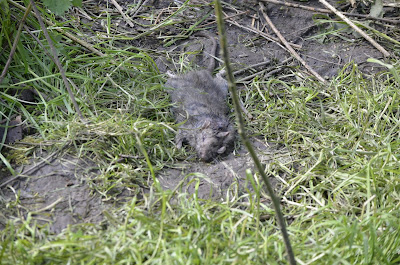 I'll update on these cubs as they grow and hopefully they will survive like last years cubs that were in the same area last. Only 2 out of 3 cubs survived in 2017 and made it to adulthood as last June I found one that was not very well so I ended up wrapping it in my jumper to carry. I tried to get to an with an area with a phone signal to call the RSPCA but the cub passed away before I could leave the woodland due to thick vegetation. I felt it slipping away halfway back so i stopped in a woodland glade. I think it was either dehydrated and got seperated from the rest of the family but it looked fully weaned. Once the cub had passed I took the cub back to the area where I often saw the mother sunbathing earlier in the year. I got a few photographs of the Fox cub and this is the first time I've looked at them since 2017 as it was one of those moments that took a while to get over.
When I first discovered the cub it was alive but weak and it picked up then went back wards 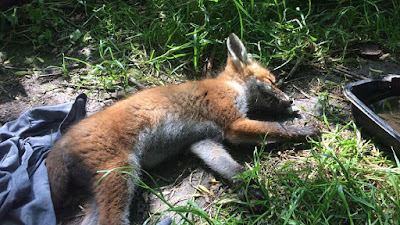 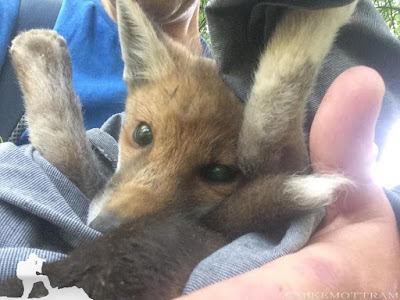 Sorry for the upsetting post but Nature is not just beautiful but its cruel as well.

Thanks for reading and protect wildlife