This is not a wildlife post but something personal to me. A few months ago my eldest sister of 4 Paula was rushed to hospital after collapsing near her home in Yorkshire. After many tests she was later found to have bleeding on the brain. I was not to worried as I know how strong and stubborn my sisters are as me and my brother and parents are exactly the same. I have a strong bond with my brother as we like the same things and lots in common but over the past few years I have not spent much time with my older sisters not through fallout or any bad feelings we just live our own life's and time passes along without contact, basically just lose touch. Regarding Paula's health after 14 weeks with signs of improvement then 2 steps back onto life support she had a long fight. I'm sure the visits from her husband, 2 daughters my Mother and my sisters who had a closer relationship with her kept her fighting. I was to young to remember when she lived at home as I think my first memory's were of her and her first husband Mark having my first niece Danielle and me becoming an Uncle for the first time. I was not able to go to visit her and as I like to remember people as they were, not to see them so vulnerable and unwell which just breaks my heart. On Friday 20th between 4 and 5pm the decision was made to switch off the life support machine. I'm sorry to say she died shortly after with her 2 daughters and husband by her side. My first thoughts were at least she was not suffering and being poked by needles anymore. One of my best memories of her was when we used to go camping with her family and my other sister Julie in the North Wales area but especially Conwy.
Me in the Push chair and Paula pushing me 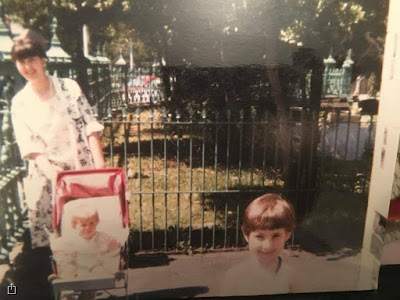 Me and Paula at the zoo a few years ago 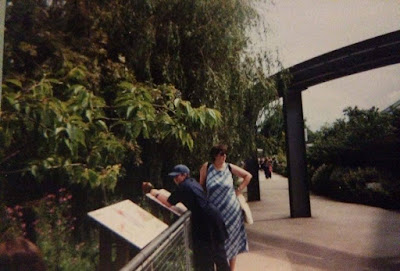 You could say without Paula I would never have so many nice memories of North Wales and it may not have become my second home as it seems like it's becoming. I have decided to do something to say goodbye there as I new how much she loved it by the Sea but I have not decided how to yet. I want it to be something she would have liked and brought a tear to her eye but also at a place that's peaceful with a stunning view I know she would have liked.
I'll end it there for now.