With lockdown still in play and holidays booked and planned hoping that when they come around freedom will be once again in our grasp but until then I decided to catch up on a few books and as I'm getting into my survival and living in extreme conditions really appeals to me after losing so much freedom over the last year and my desire to get back to nature is at the forefront of my focus this year. The main book I've been reading is about a natural history filmaker Max Quinn and is called A life of Extremes and they sent me the book for free to see what I think and post my thoughts on my blog. 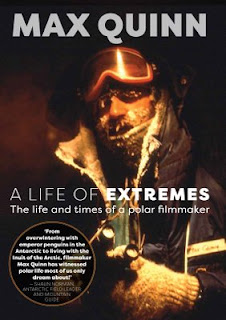 Filming in the worlds most extreme environments requires more than just a steady hand. In temperatures as low as -50 degrees, your body shuts down and your equipment freezes up. But it's worth it to witness and record the stunning beauty and epic struggle of life on the edge.

Since 1991 when he spent 11 months filming the wildlife of Antarctica, Max Quinn has been the go-to filmmaker for documentaries such as Expedition Antarctica (2010), Hunting the Ice Whale (2013) and South America&;s Weirdest (2019). A Life of Extremes tells the stories and shares the stunning images from Quinn&;s 20 years of adventures in polar climates. Be it travelling 80 kilometres over crevassed ice to a lonely colony of Emperor penguins, or figuring out how to keep cameras warm in the coldest places on earth, Max Quinn has a story to tell about it. Natural history fans will be enthralled by the rich and layered stories, while film buffs will marvel at techniques required to keep the camera rolling when pushed to the absolute limit of endurance.Become inspired to leave the tourist trail behind with this unique book about what life is like behind the camera, beyond public transport and even human habitation. Learn about dog sled racing, the last great ice age, penguin colonies, and everything else that happens in the immensely beautiful landscapes where the temperature is permanently below freezing.

It was tough for me and my brother with tempretures no where near as extreme as bad as the Antartic just to stay warm must have been tough but to stay safe and keep expensive camera gear running must have been a huge trial for a person to live and work in such harsh temperatures gains my respect. 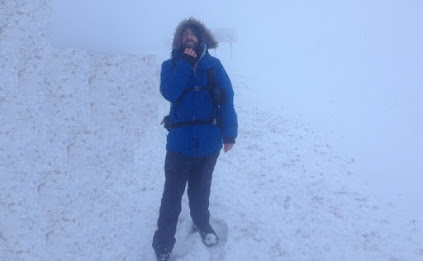 I ended up reading this book in the comfort of my bed tucked up in my sleeping bag under my duvet.

To follow a mans life from being a child to a man whos passion was found having expeditions in polar regions to his last trip that took so much from him and due to age it became impossible for him to continue his journeys into the cold knowing he may never return to the harsh, beautiful enviroment of the land of ice and snow. A great book that inspires and shows the endurance and energy one person must have to do the thing they love most even when the risks are high the rewards wre priceless shown through the photographs in this book may his adventures carry on through his Grand Children..

you can buy it on Amazon for Kindle or Hardback book on the link below.

Thanks for visiting and reading my blog
Mike
Posted by Mike Mottram at 12:07