On Wednesday last week I decided on going to see the Swan nest after work and we were met with rustling and Snow was displaying at something in the reeds behind the nest and as the Cygnets had hatched I was very worried with her being so distressed. After a few minutes we spotted a Fox running up the hill that overlooks the nest and the reed beds but luckily no sign of success for the Fox.
The Fox looked stunning against the dark stormy sky and the fresh green grass 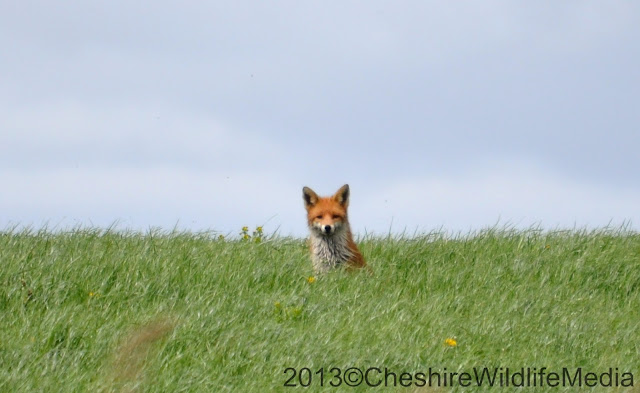 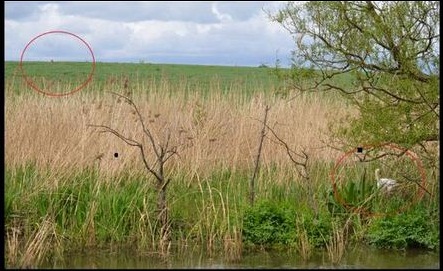 The Fox observed us and the nest for 5 minutes before trotting off to a nearby woodland. A few seconds later and the Cygnets could have been a Fox dinner. I worried that the Fox could easily come back and get the young but that's nature for you and something out of my control. Not knowing if the cygnets would be there the next day I left with a heavy heart but what we discovered the next day was even more distressing and after 24hrs of rain plus a predator around the outcome was inevitable....to be continued tomorrow.