Having not posted about Flash, Snow and there 7 Cygnets for a few weeks there story has had more twists and turns than I expected as I thought this year they would have it easy but I was very wrong. If we go back to a few weeks ago and everything was calm before the storm and Flash, Snow and there 7 cygnets were sunbathing by the canal all fit and healthy.
One of the curious cygnets looking right down my lens 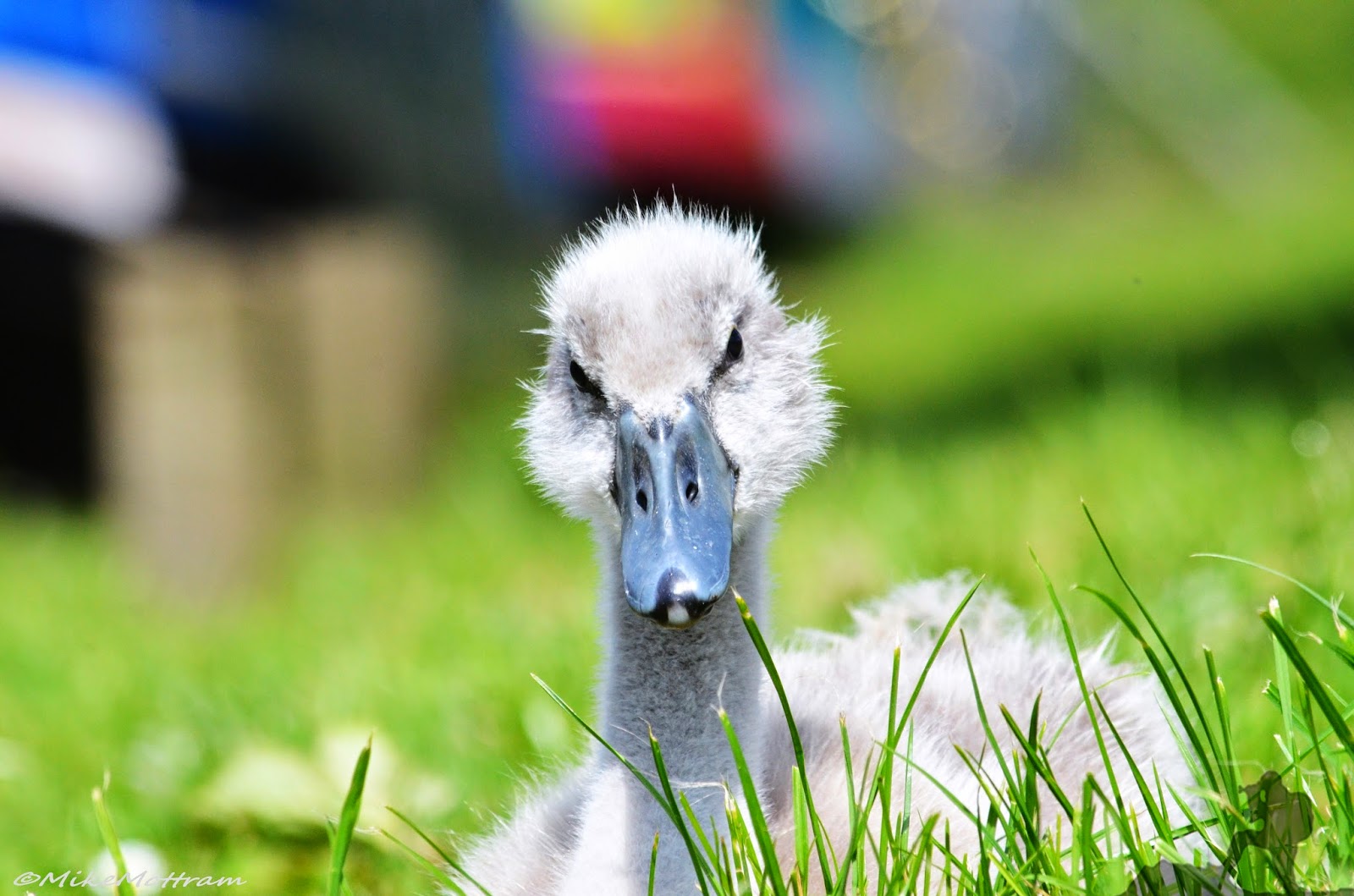 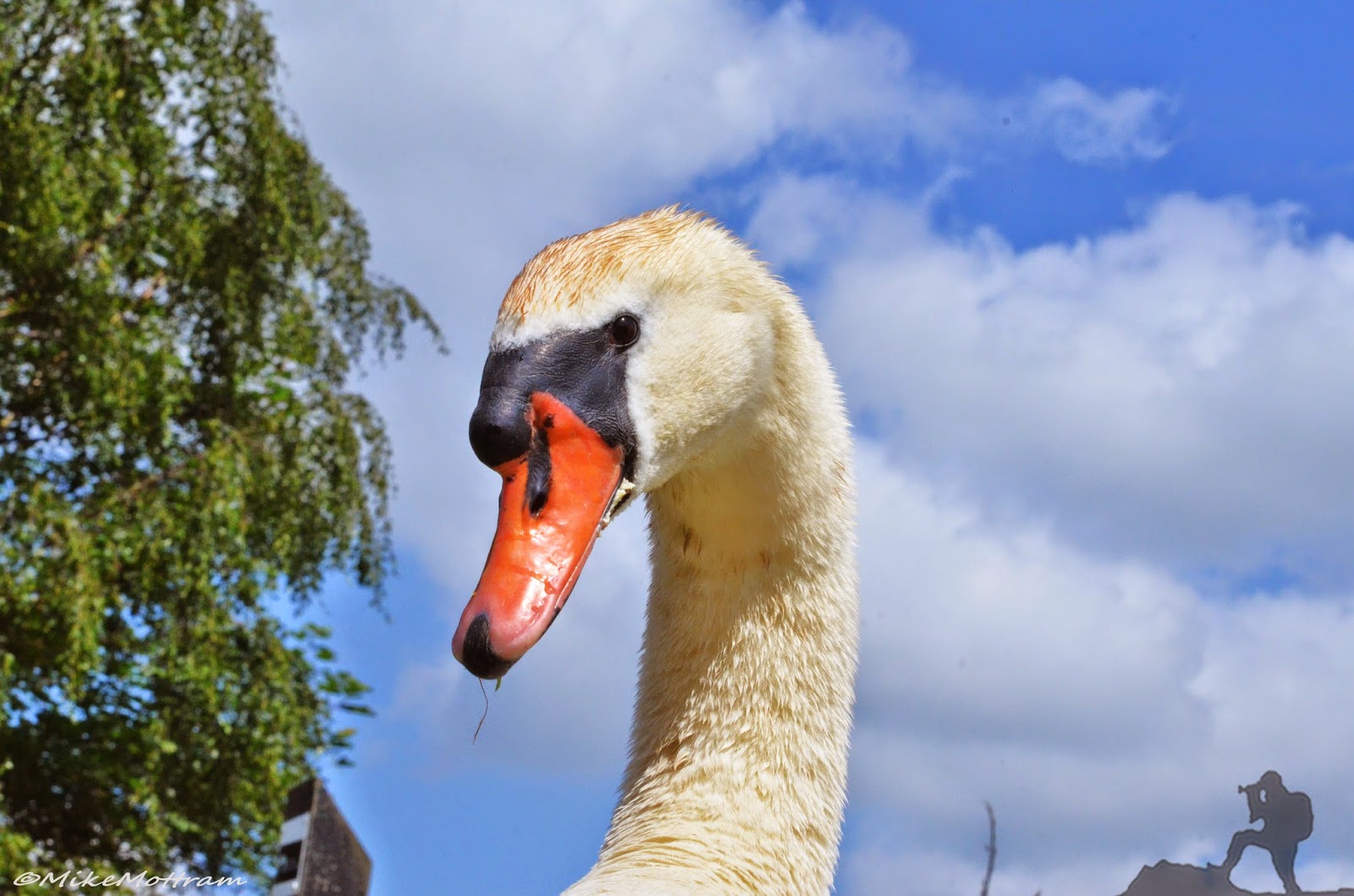 All 7 Cygnets happy and healthy 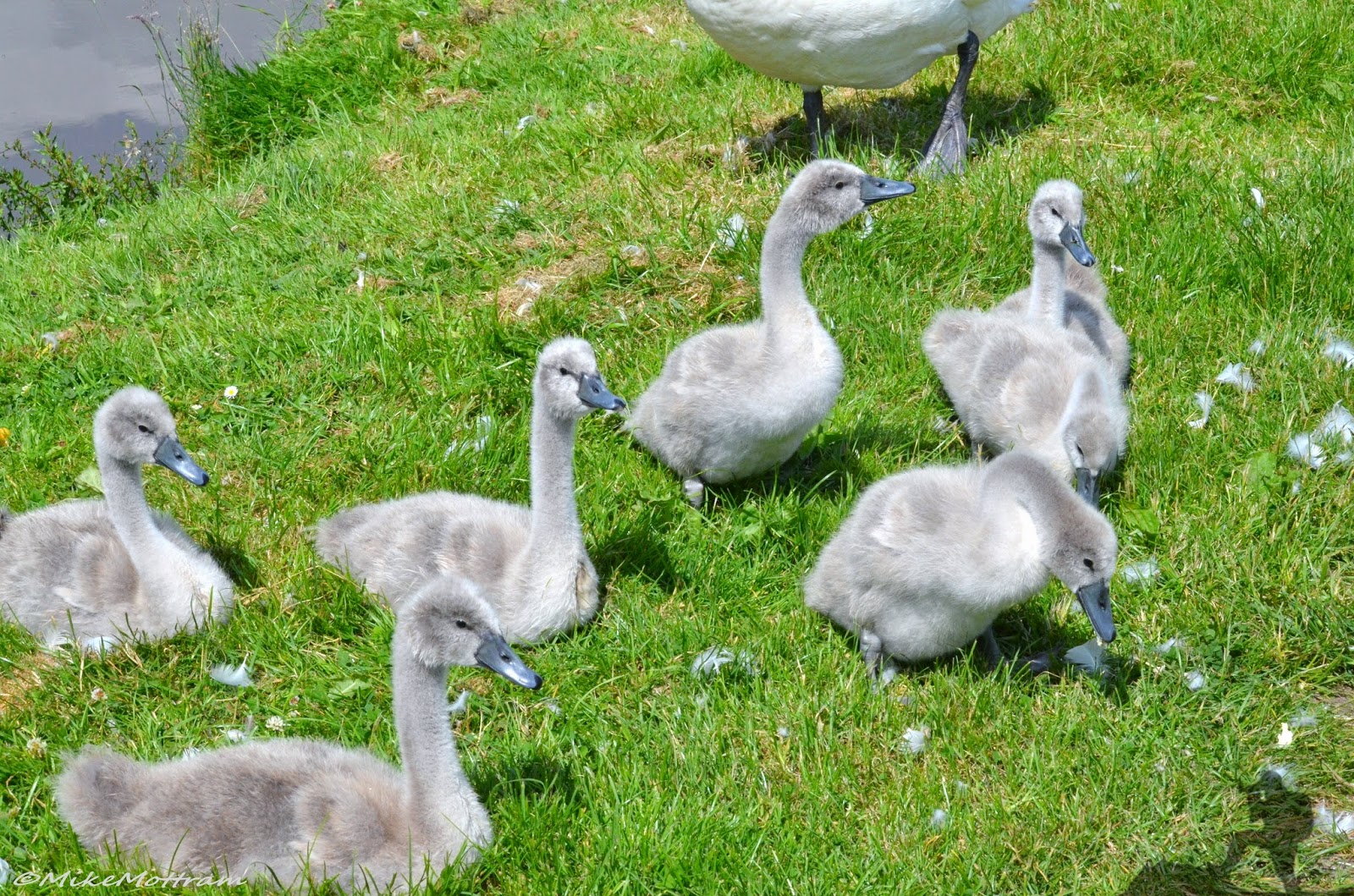 All happy and content one day and a few days later the family was in chaos. While taking a walk by the canal after work to make sure my local patch was all in good order and to see if the Swans were okay but what we found was unexpected. We spotted a dead Swan with no leg ring and as it was on F & S patch I was very worried as Snow has no leg ring but flash does. So we quickly went looking for the family to see if Snow was okay. We found the family feeding just past the Swans body and there were 7 cygnets and Flash but no Snow!!! and Flash began swimming up and down the canal calling while the cygnets followed.

At first we thought 100% it was her but after checking the body we found that it was a younger Swan due to the feathers being more grey than white. I was so pleased that it was not Snow but it still left us with a few questions - What happened to this Swan? and more importantly wheres Snow? After abit of investigating all these questions were answered and will be explained in my next post.