Kestrels and Buzzards by the sea

While walking the sea bird cliffs I noticed the Kestrels on the updrafts hunting small birds possibly Rock Pipits that nest in the smaller crevices of the cliffs and feed on the boulders below once the tide goes out.
I managed to get a shot of a Kestrel hovering in front of the offshore wind farms which was an usual shot 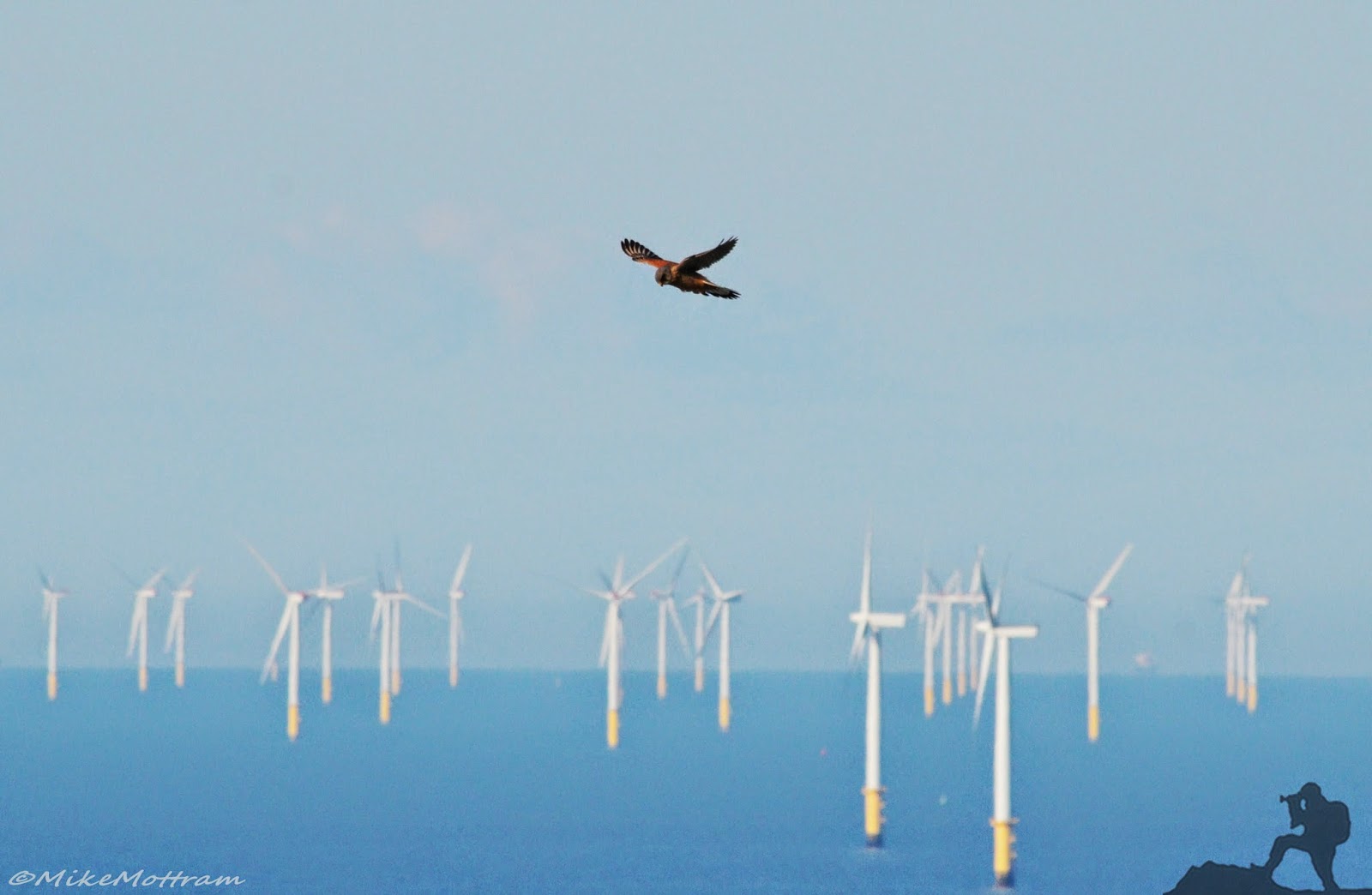 I also managed to get a photograph of the Kestrels wings and there flight feathers which allow them to hover and In high winds, the kestrel’s job is easier, and flapping is reduced to a minimum. In even stronger winds, they may not have to flap at all and opening their wings and gliding this is called “kiting.” 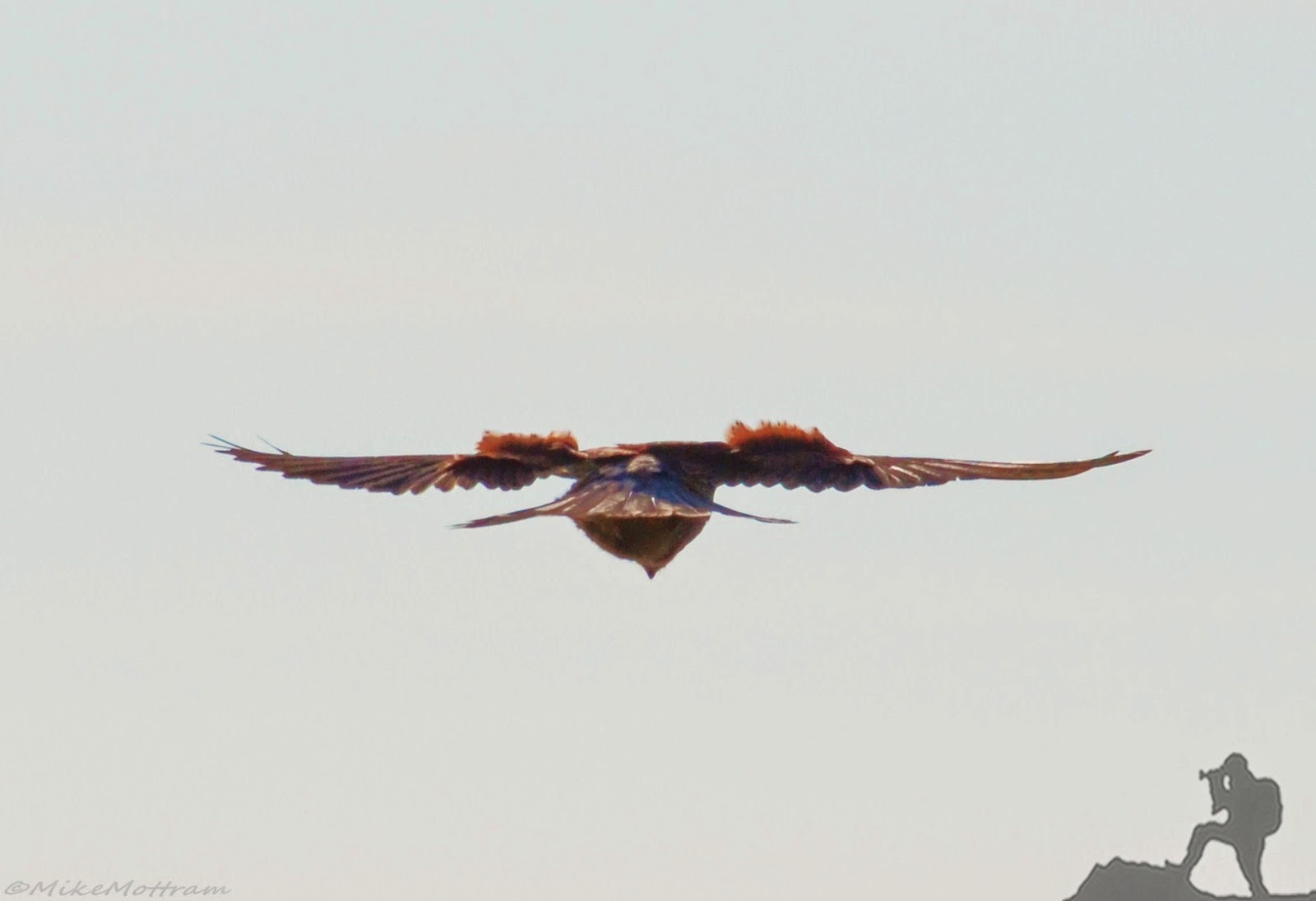 After watching the Kestrels on some days we would also see the Buzzards but they would stick to the farmland and woodland next to the sea bird cliffs but one day we ended up seeing a Buzzard hunting and catching a Rabbit up on the coastal cliffs. 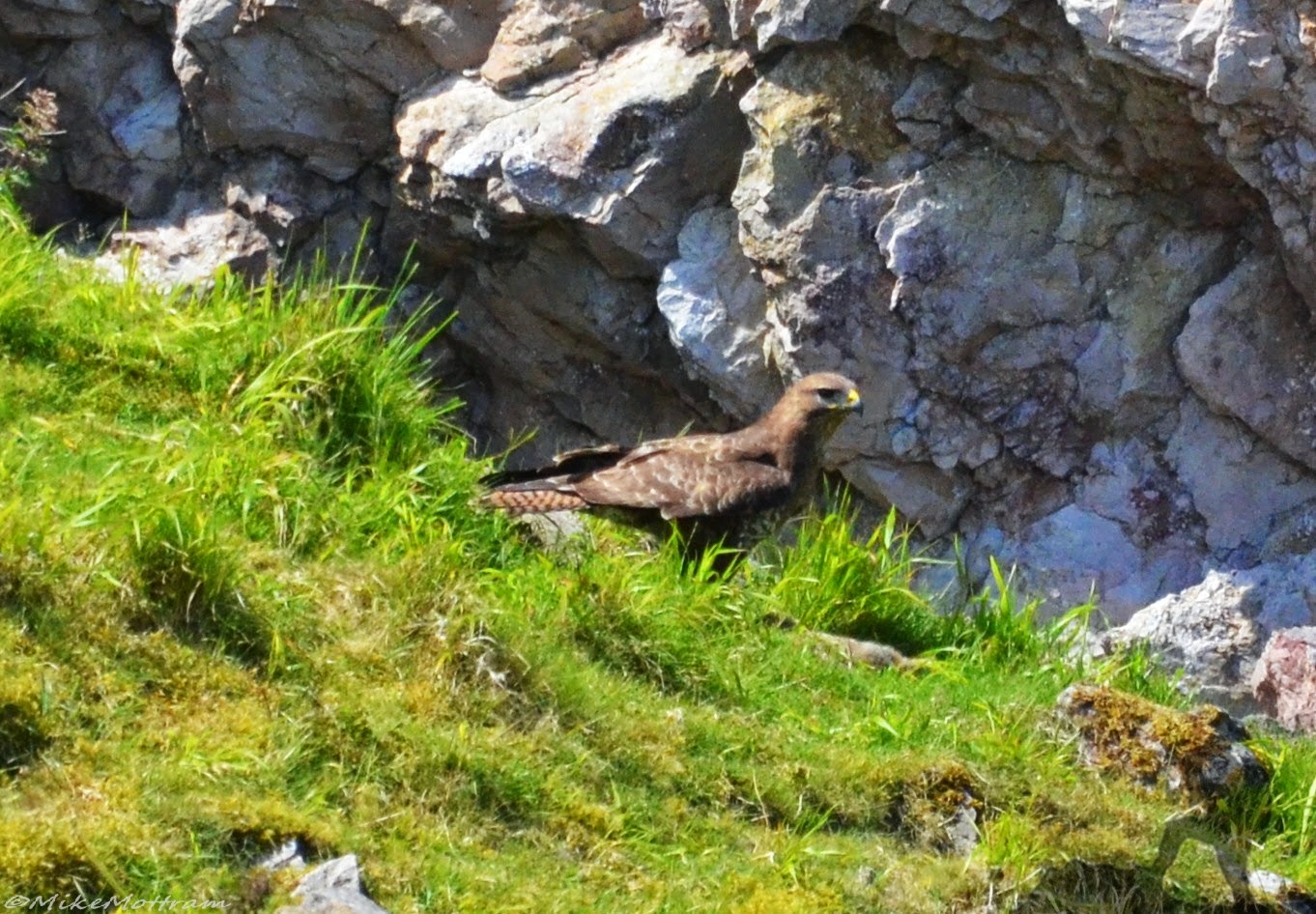 We could hear the Rabbit calling in the distress as the Buzzard picked up the young Rabbit and flew to a lower ledge so we quickly got in a position to where the Buzzard began to eat it's furry prey to watch and get a few shots. Unfortunately some walkers disturbed it so it flew off to a quieter part of the Orme but i did get a few flight shots with the Rabbit lifeless in the Buzzards talons. Later that day we found it's leftovers and I did not take a photo as was quite gruesome but what an amazing thing to watch. 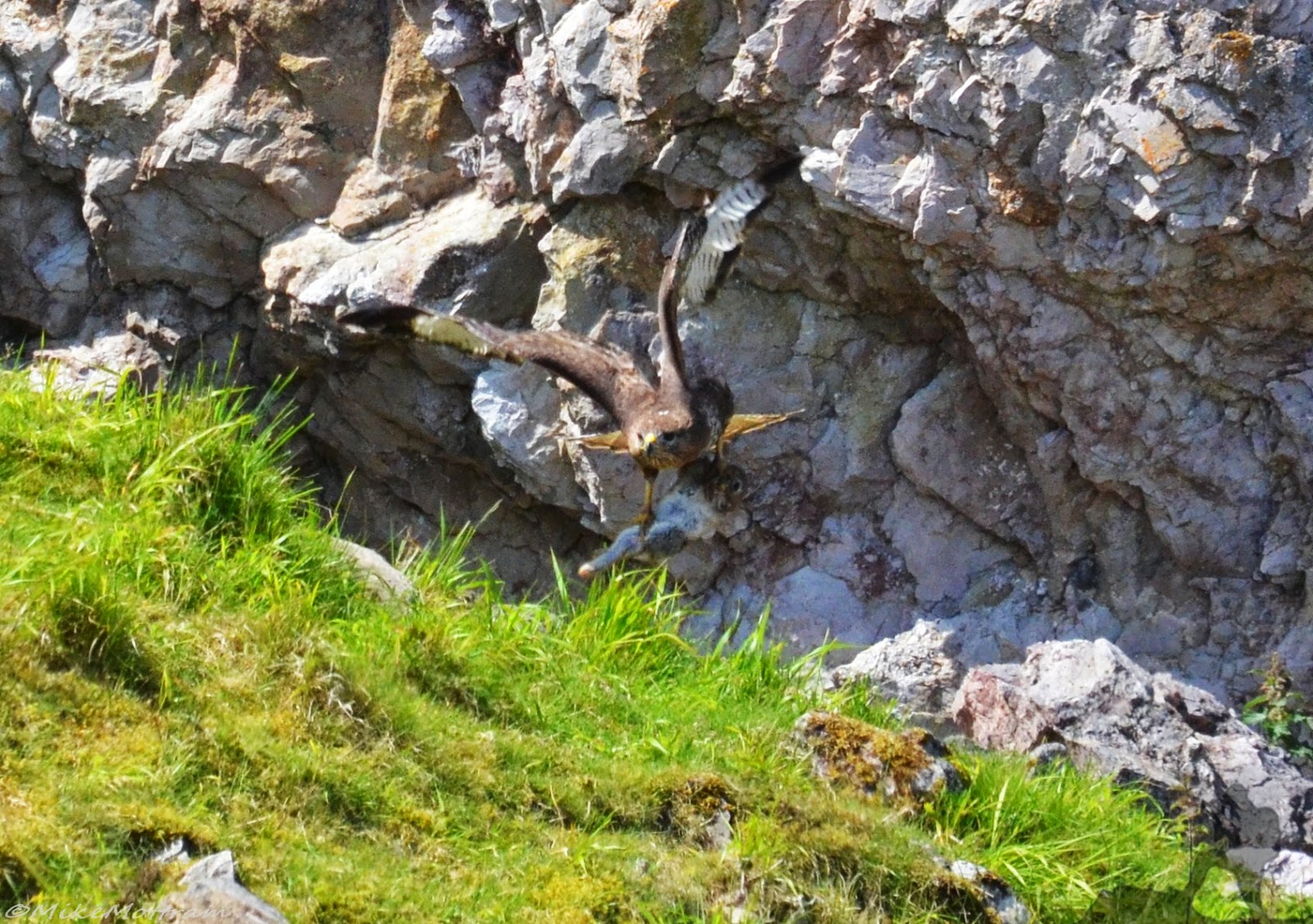 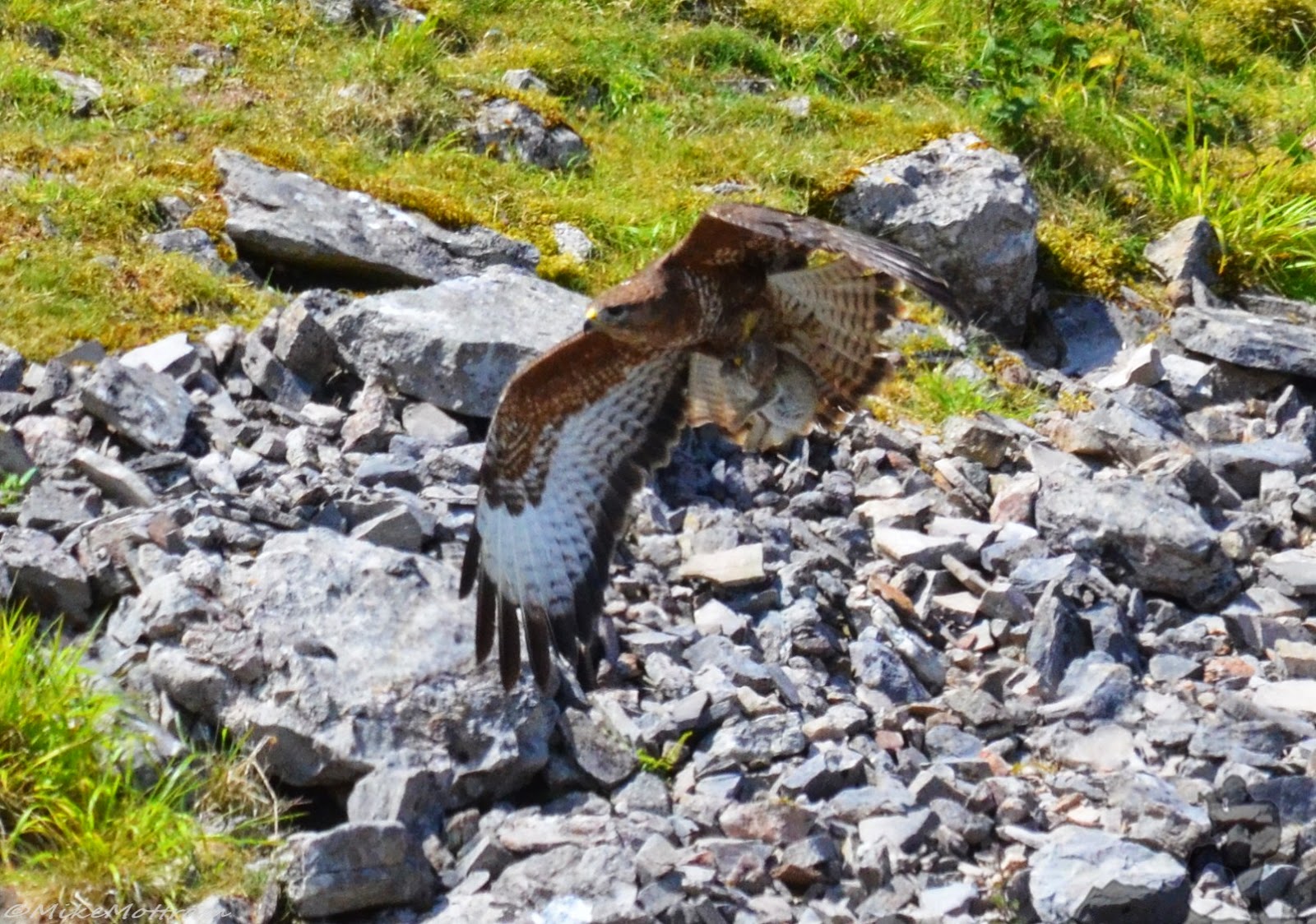 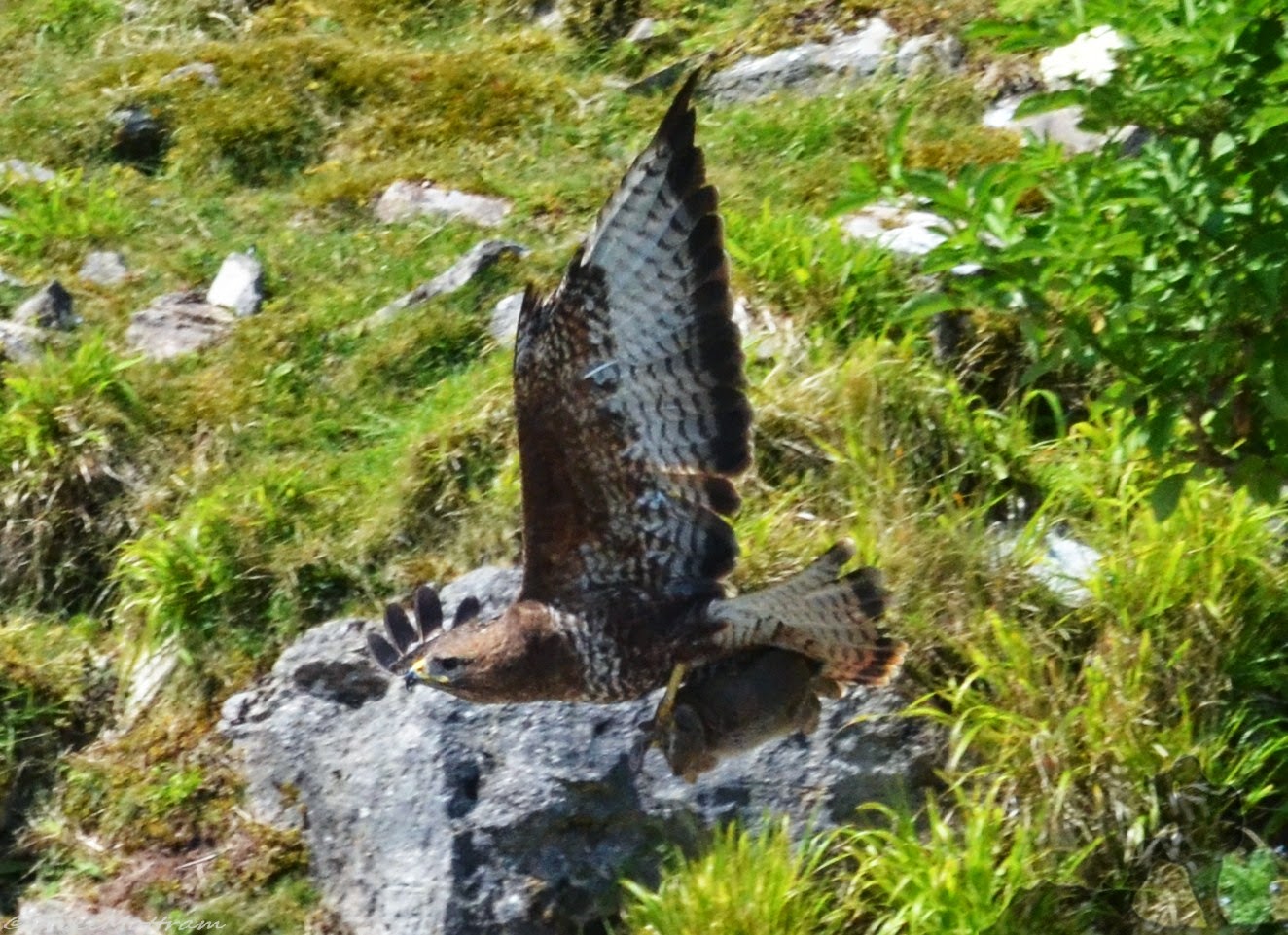