Continuing from my last post from my first visit for 2013 the some very special Sea bird cliffs on the North Wales coast.
The Guillemots were in large numbers tightly packed in so you could not see there egg's or chicks which was abit disappointing but I did spot a few Bridled Guillimots in the colony which was a welcome sight on the cliffs. I managed to climb upto a large area of rocks which took me up higher to get abit more level with the group to get a few cropped shots of the Guillemots. 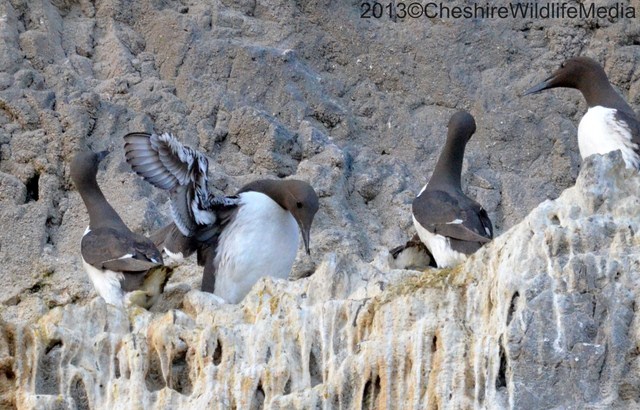 Level with the bigger group of Guillemots and I could have watched them flying in and out all day due to there clock work nature of taking off and sometimes landing and missing the ledge and landing on a lower ledge where all the poo is directed. 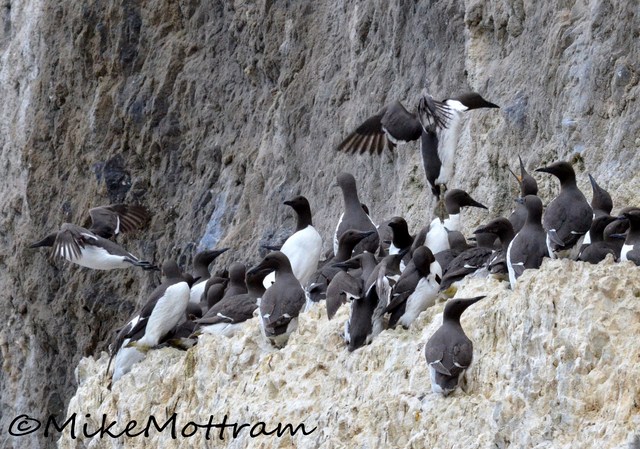 Bridled Guillimot a unique variation in most Guillemot colony's 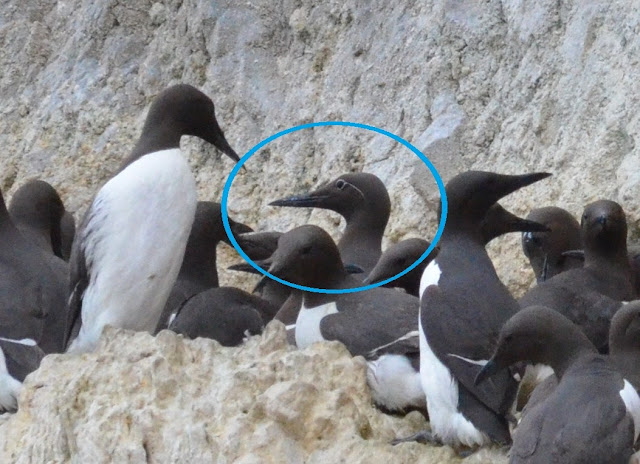 I finally found a little black bundle of Guillemot feathers near the edge of the colony
after reviewing the photographs once I returned home. 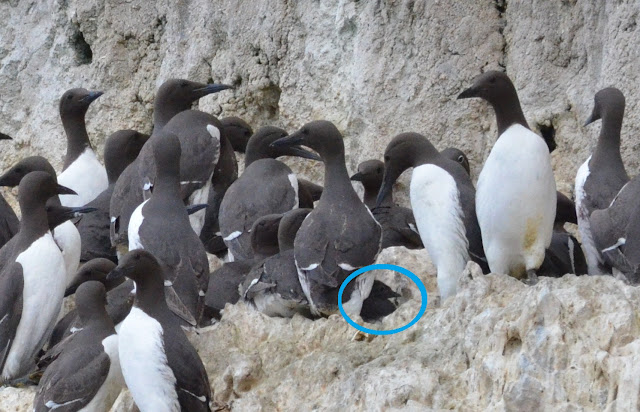 View up of the epic sea bird cliffs where we came in off the sea to a pebble beach. 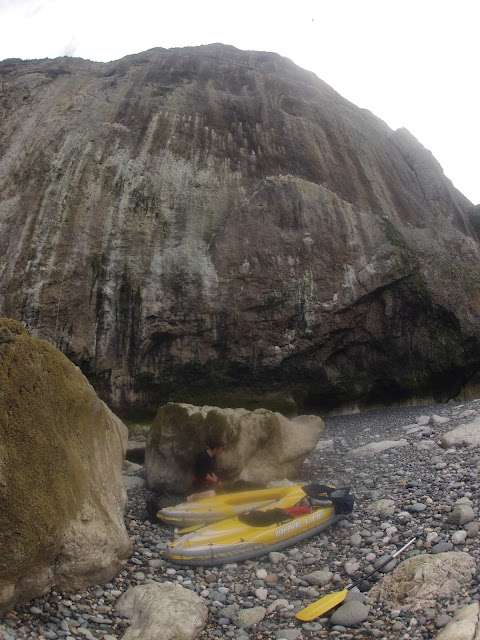 Before leaving I did a safety check on the boats as they are inflatable so always best to be safe as the conditions change on the sea quite quickly and a 10minute paddle back to the beach can become a hour due to rougher water which is exactly what we faced on visit later in the week which left us totally worn out both physically and mentally. 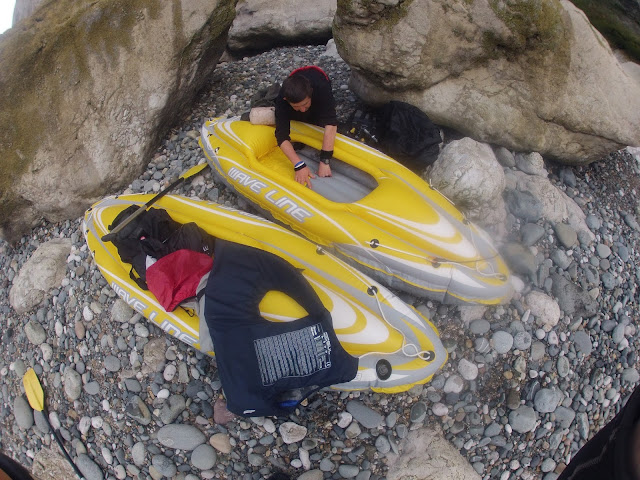 On my way back to the beach at llandudno I decided on leaving my camera out as the sea was still up and down but the wind had dropped making it perfect to try and photograph the sea birds on the sea. I had tried last year but only got a few shots due to a change in conditions and as we only got to kayak to Razorbill bay once in 2012 but this year I wanted to go many times. A better result than last year with the sun being out lighting up the sea and making it a nice shade of blue. The Guillemots moved off to feed as I approached so I only got 5 shots and the one below is the best of the bunch. Not perfect but something to improve on next year now and gives me a reason to go back to llandudno my second home by the sea. 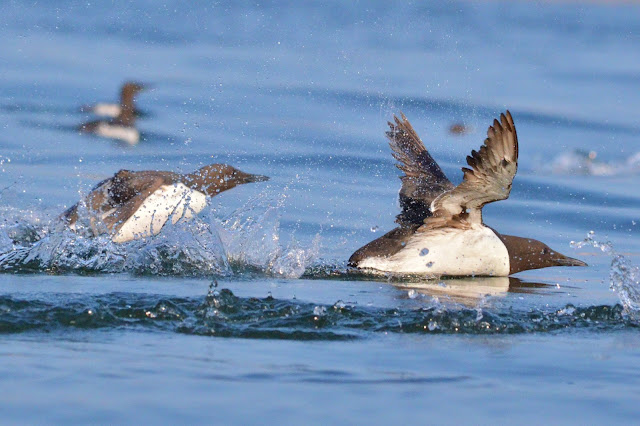