Foxes on the prom and dodging drunks

As the nights are getting longer and colder and it was my last week in N.Wales for the year I wanted to spend sometime finding the best place to see the Foxes socializing, feeding on a beach and an area of grassland near a promenade. 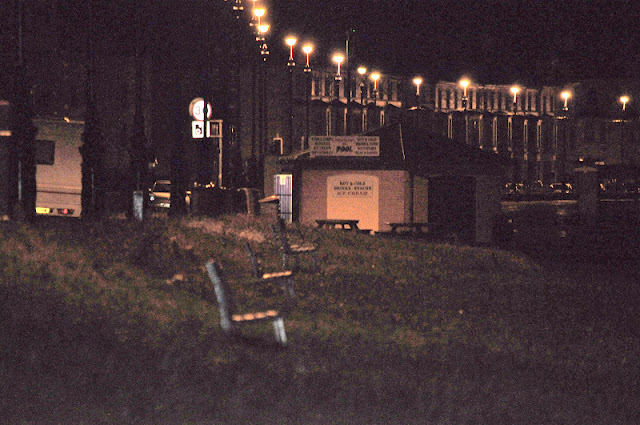 Over a few nights we went out at 1am till about 4am and after a few days we found an area where 5-6 Foxes seemed to stay from fields, housing areas and mountains it seemed like they came to one area close to where we stayed so it was an easy walk at 2am to the spot with all the kit.
We struggled to get any photos as they were very nervous and avoided people and flashing lights but fed under streetlights next to the beach so an ideal place to film but we has the wrong kit for filming anything.
the footage below was filmed on my D5000 in the low light so not the best but shows how curious they were about us sitting on the bench near to there food.
I think by 2013 I will have the perfect setup using 2 CCTV cameras linked to one recorder then when I see the Fox approach each camera I can switch to the required camera giving me color footage in the light then night vision b/w footage when they skulk off into the shadows beyond the street lights reach. 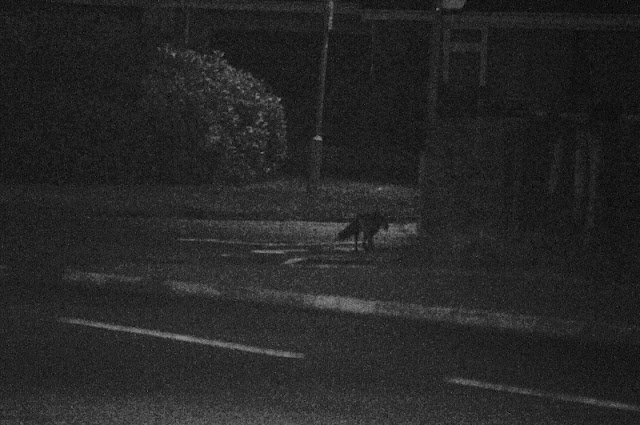 I can understand why the Foxes were so nervous as one night we lay in a gully between the grass and the beach area in the dark waiting to see if they would come into feed and they did but stayed at a distance due to the amount of drunks returning home after a nights partying so to keep ourselves safe we copied the foxes tactics and every time a stumbling silhouette headed our way from the direction of the town we backed off to the darkness of the beach and waited till it was clear to resume filming.
I have learned that a sea side prom can be quite creepy at night due to the amount of shadows created by the many street lights and dog walkers having a late walk make it quite eerie but for some reason when your walking on the beach with the stars out in force and you see a bright light come from behind the great orme and disappear into the sea it really gets your blood flowing and makes you wonder whats out there with an endless horizon on the sea and a clear sky with millions of stars it really is quite humbling. 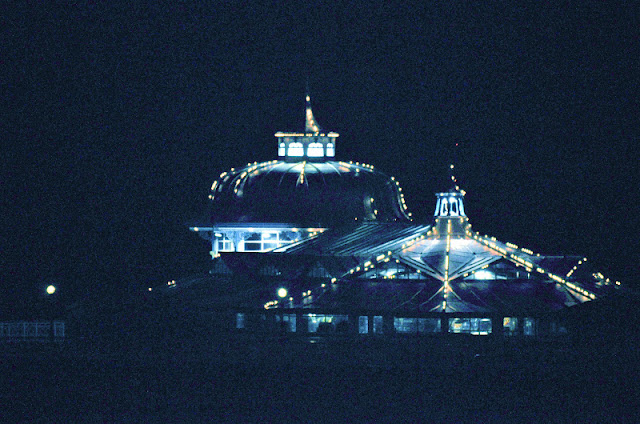 Next time I will be posting about.............I think I will leave that as a surprise so until tomorrow thank you for reading and check back soon.