A quick check up on my Swallows the other day revealed that the 4 young were getting ready to leave and with the parents speedily feeding in between the showers I am guessing it will be a few days before they fly the nest and join the larger flocks that will be
soon flying to Africa before the Autumn season arrives.
A few days later I checked back and it seemed that 2 of the chicks had left and were sitting on the wires near by. 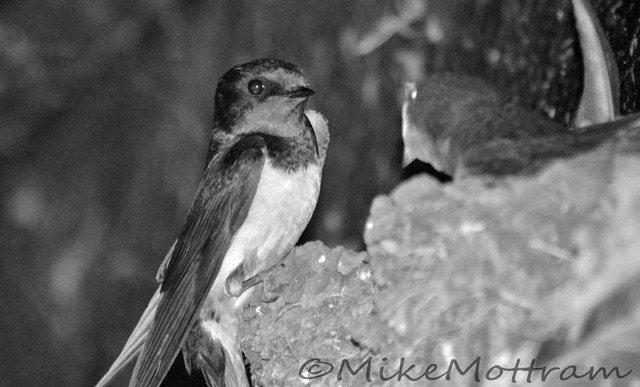 2 Chicks remained in the nest but the unusual thing was it seemed 2 other adults joined the Canal bridge pair in feeding the remaining young. It was a first for me and if anyone has an idea of whats going on then let me know. 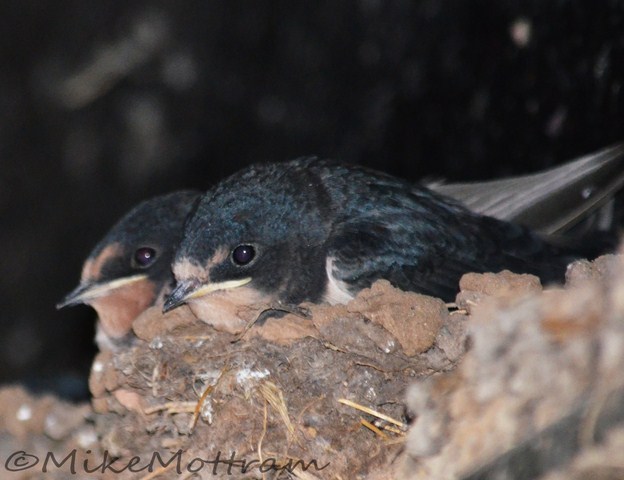 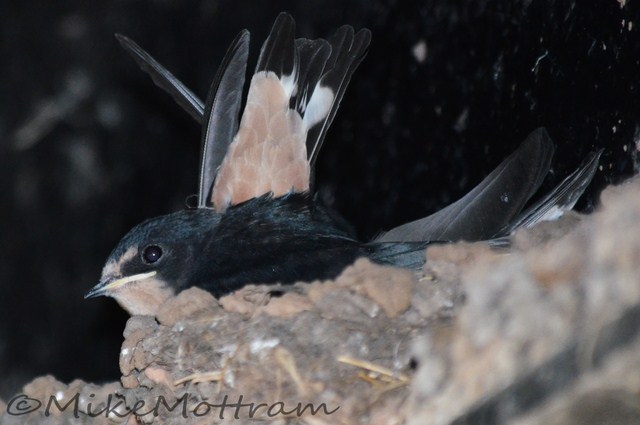 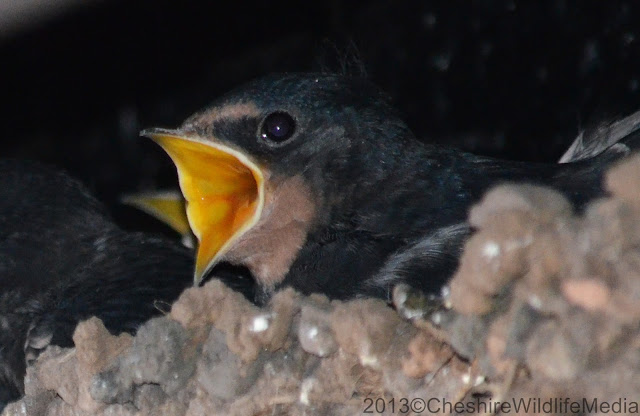 Footage from a few years ago of the Swallows nest on the Trent and Mersey canal at Middlewich
Now the 4 fledglings have left the bridge and have joined a larger flock ready to fly on there long journey back to there wintering grounds in Africa.
Another nesting season over but will the Swallows have one last brood before leaving as previous years they have had 2 and so far they have only have one but only time will tell.