So here it is number 1 of the 12 wild moments of 2012 has to be Stoats on the North Wales
coast at RSPB Conwy and it's a perfect place to see them as a family as they hunt feed, play on the edge an estuary river on the rocks that line the banks. Unfortunately I cannot access the HDV footage until I get a new camera to transfer the footage from tape to my pc.
Stoatilly Crazy summer
One mammal that was on my film/photograph list for this year was Stoats and after trying for the last 2 years at a spot in North Wales where they breed very well and the kits play on the edges of an estuary while the adults bring food from rabbits, birds and small mammals to the kits.
I managed to get to the location 4 times and the first time nothing, second time nothing but as they say 3rd time lucky and after spotting a pair of wildlife photographers watching the rocks on the estuary we got closer and spotted them 8 playful little bundles of energy wrestling and playing up and down
the rocky shore. 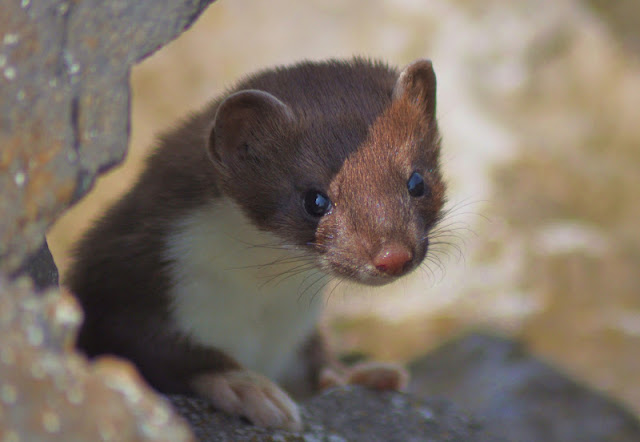 Below is a shot of the photographer and one of the kits coming to see who was watching them play on the rocky shore.
The confident kit slowly goes closely and at one point I found one popping up underneath where i was sitting with a squeak or to as it munched on a mouse a few Cm's behind me. 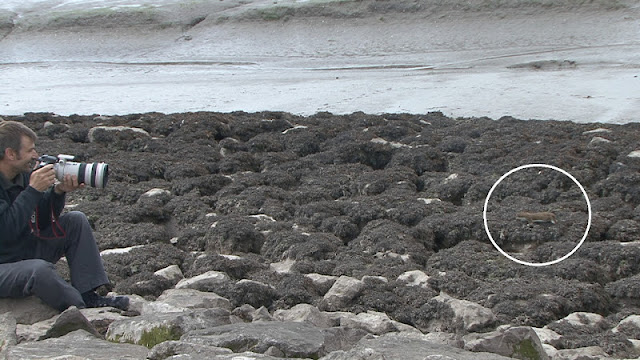 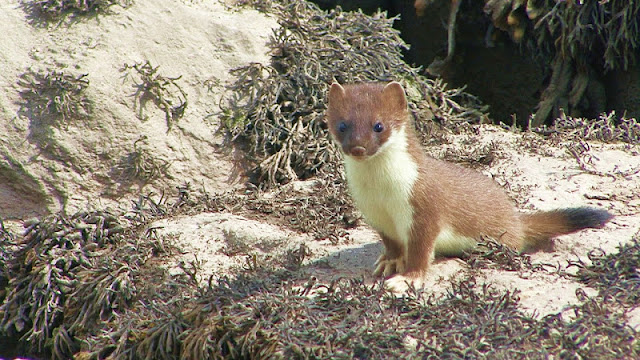 This little one did a little sunbathing while watching its siblings bundle each other while mum ran off to bring in more food for the family. 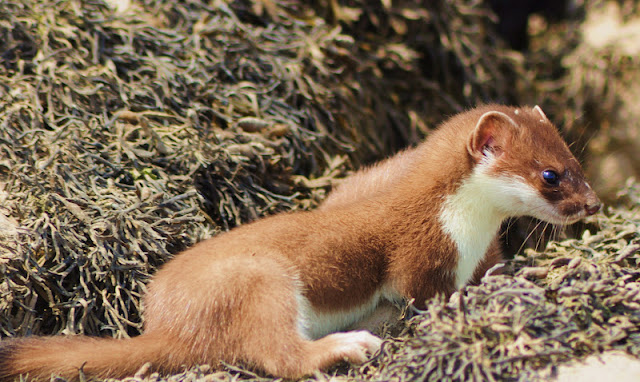 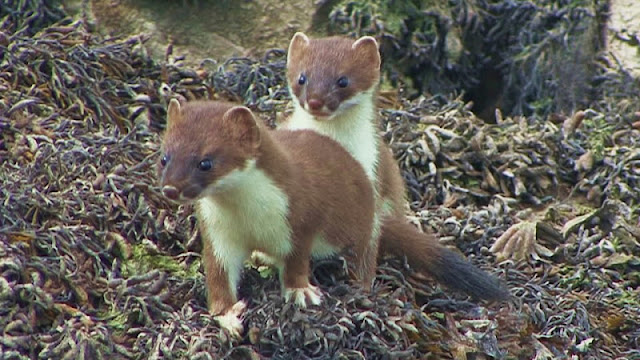 More in my next blog about day 4 at the stoat location and the special little individual that has been named Adam Ant or stripes due to its little white markings and it always seemed to be the one left behind as well as a few shots I wanted to get of these wonderful creatures full of character and energy. 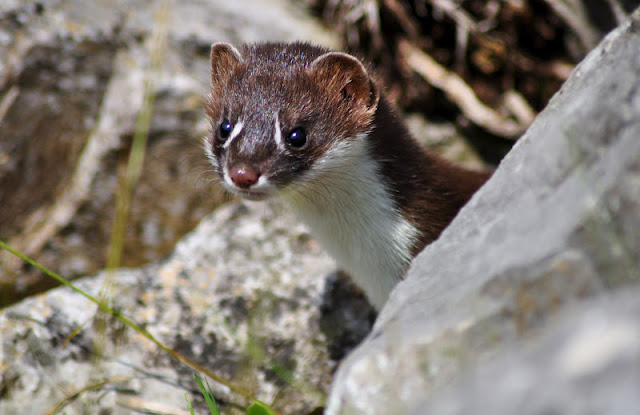 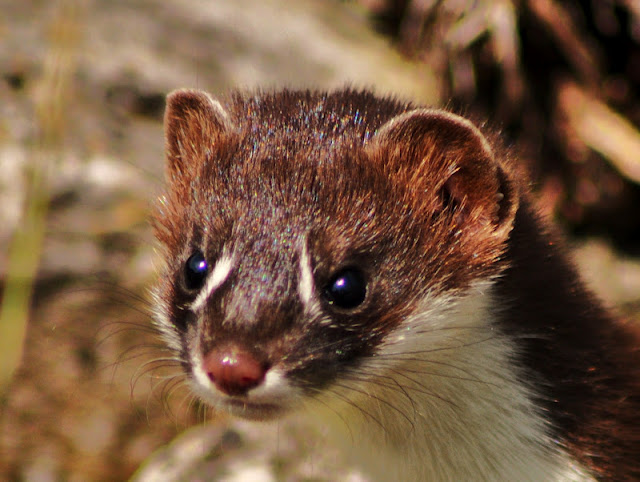 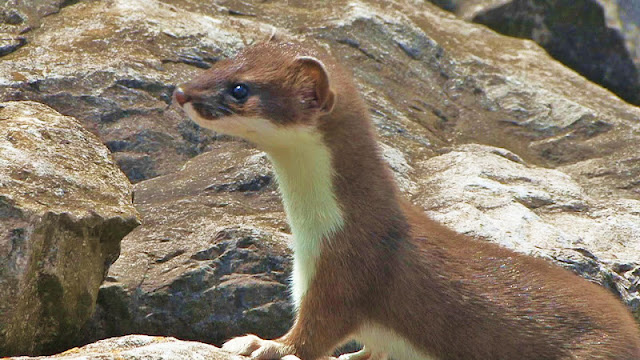 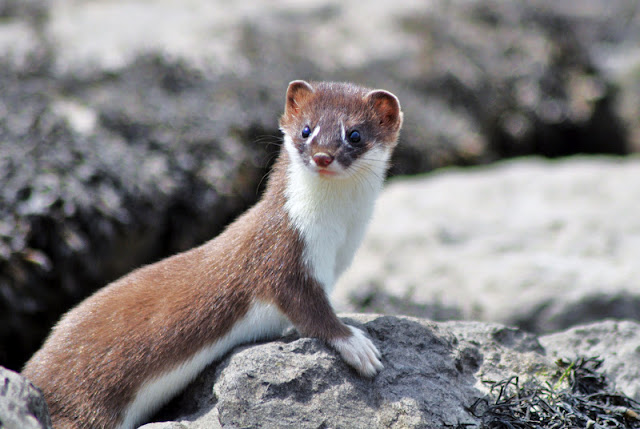 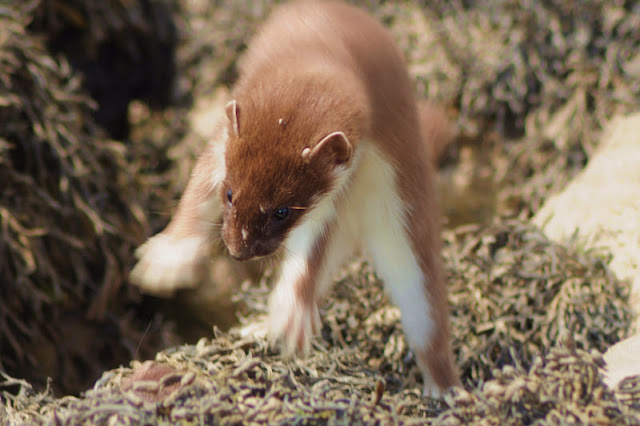 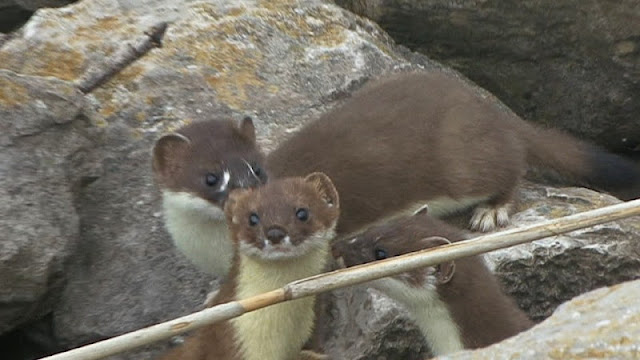