Number 2 of the 12 wild moments of 2012 has to be another encounter on one of my North Wales trip's and it involves the filming of Sea birds from Kittiwakes, Razorbills, Cormorants and Guillemots. We arrived at the spot after 30 minutes of kayaking around the great orme kit loaded into our kayaks through swells and high waves. But our work was not over as we then had to climb over slippery, sharp rocks covered in limpets but as we had gloves on and thick trousers it was quite safe until
later that day when something unexpected happened.
The cliffs were alive with Kittiwakes nests some had 2 chicks but most had one it was amazing to get so close and them be not bothered by our presence on the small outcrop below there nests. 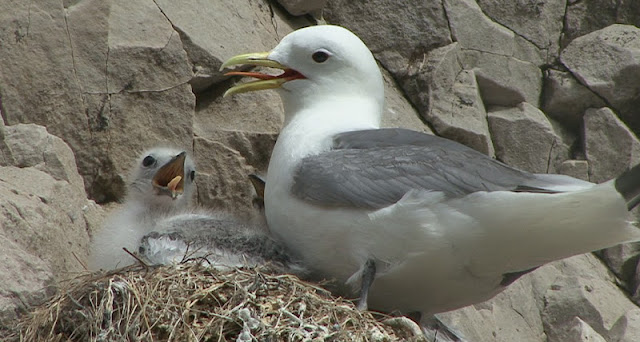 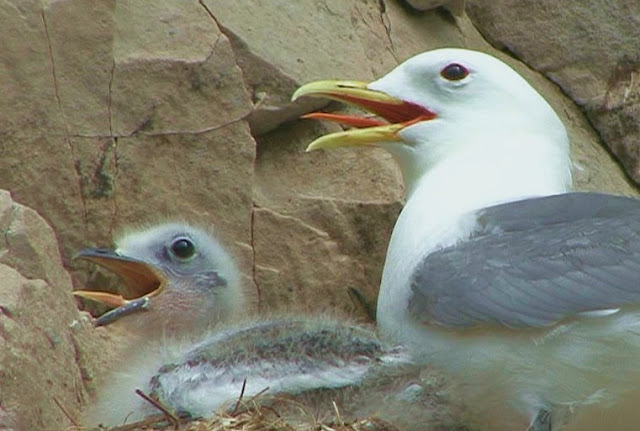 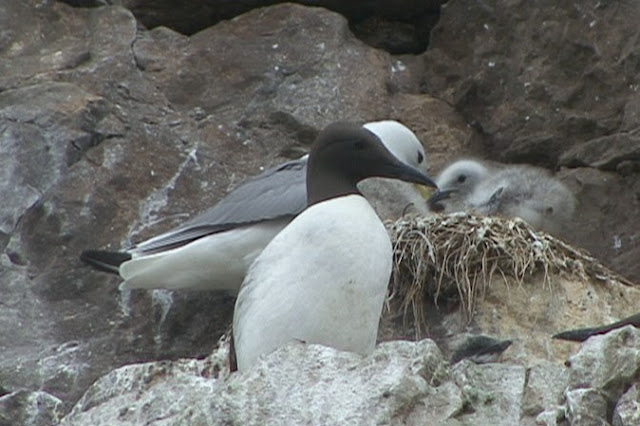 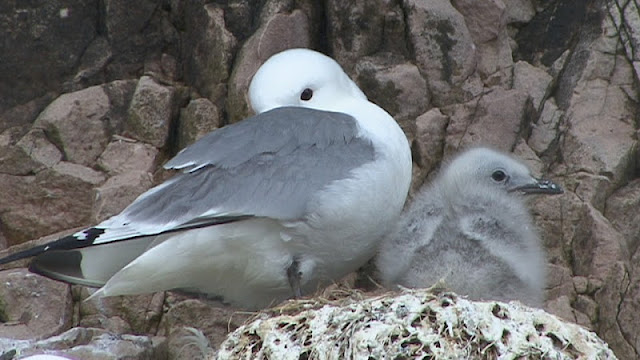 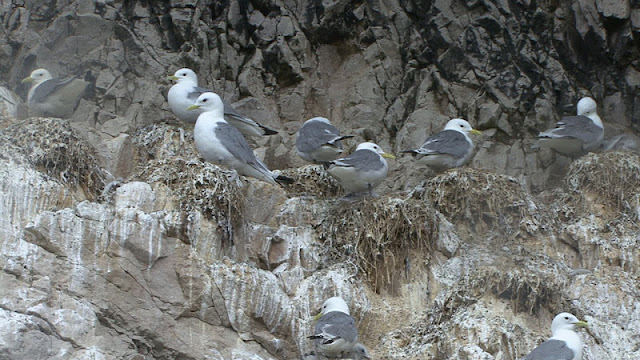 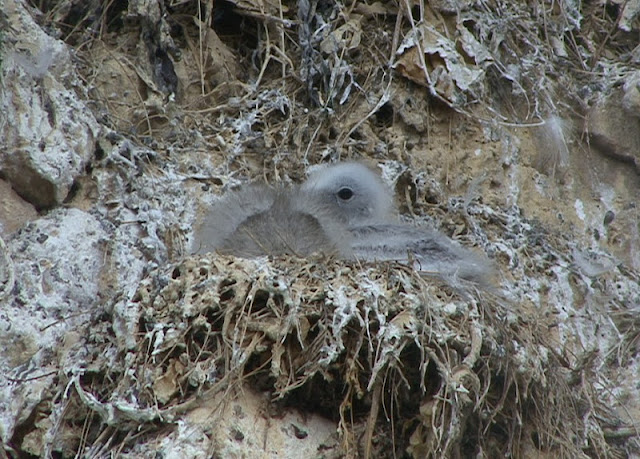 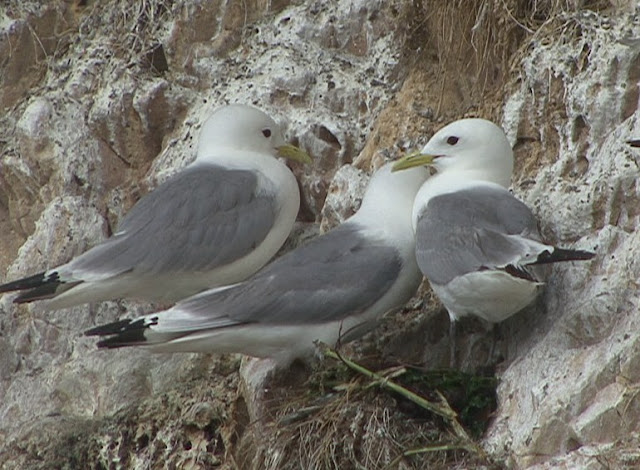 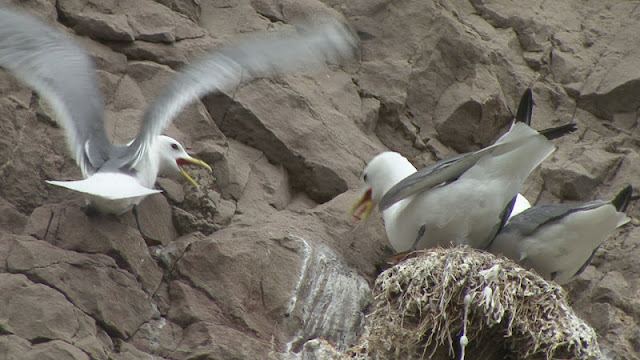 Other birds above were Cormorants and Guillemots which were alot higher up. So even with the camcorders zoom we could only just about get a close enough shot of there chicks. 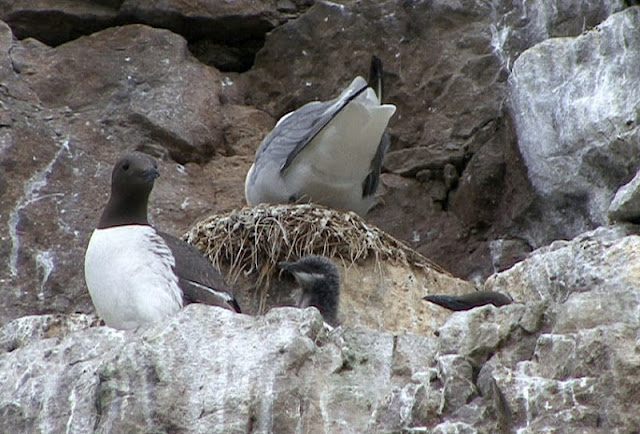 Another highlight was 2 Peregrines hunting along the sea bird cliffs calling as they were met by protective parents mobbing them after a while they left probably to hunt the pigeons around the town of Llandudno.
Just before we left a large rock fell from the top of the cliffs and just missed our gear and us filming so after that we decided on leaving due to how many birds were flying out probably dislodging rocks and as we had no helmets on we thought it best to buy some for the next time we film there.
Below is a clip of the Kittiwakes reacting to the rock falling and as you can hear it was very loud and very close to us. 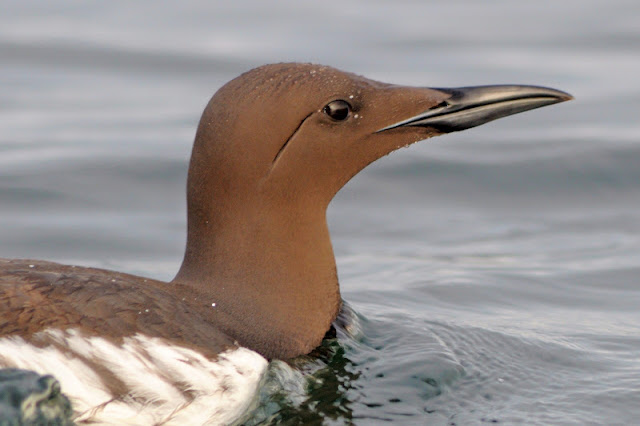 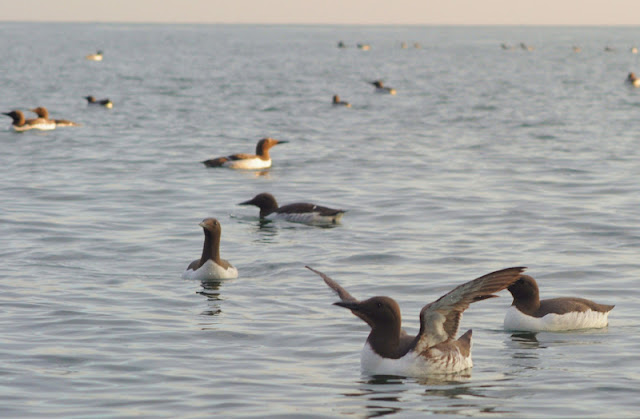 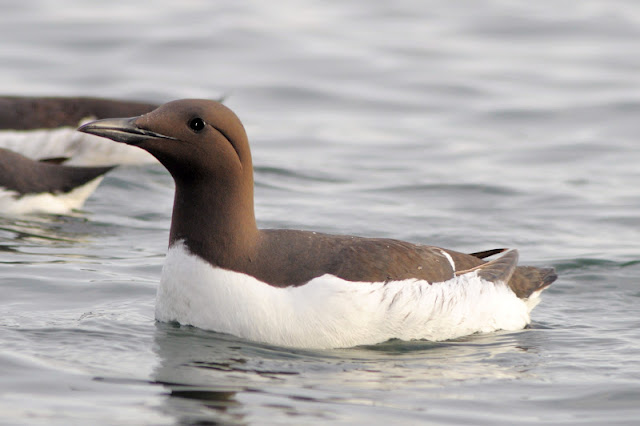 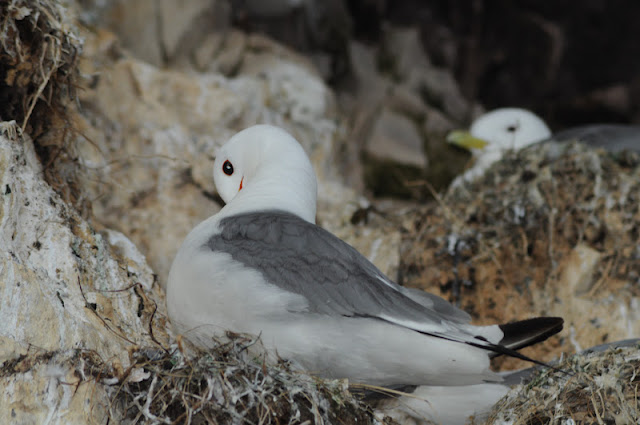 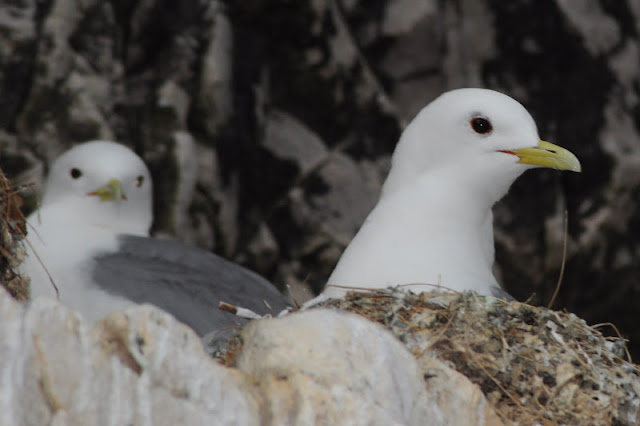 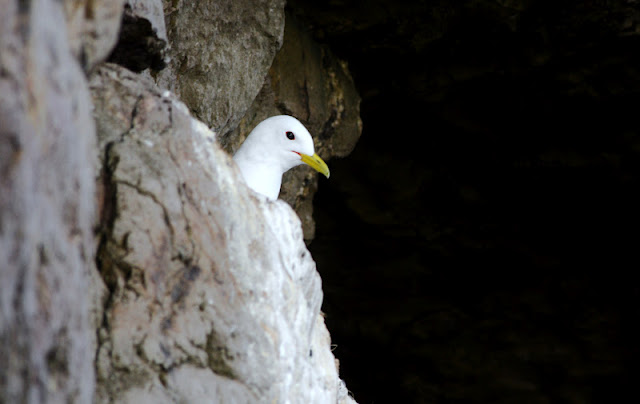 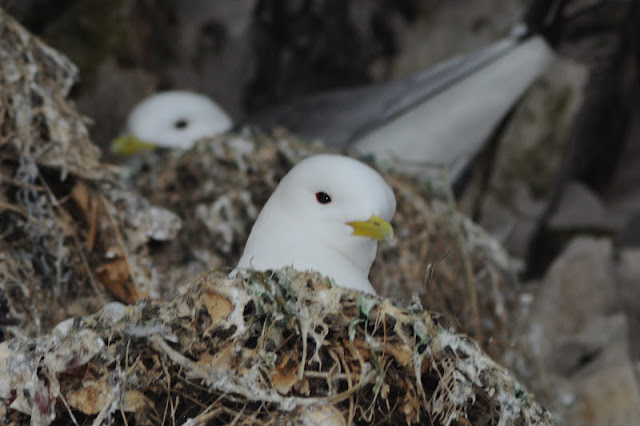 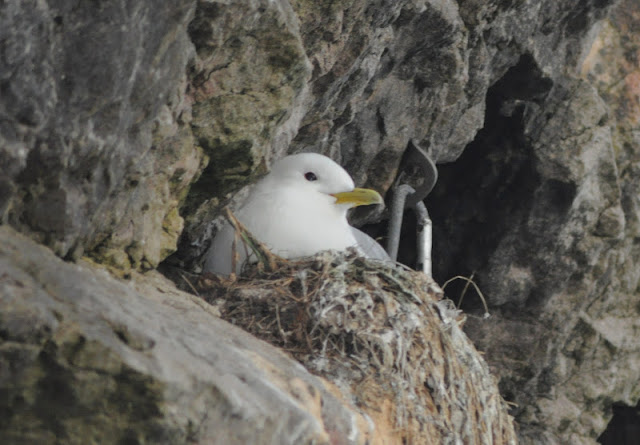