Camping on a cool night at Kingfisher's rest

So that's the holiday/filming trip posts done for 2012 but at the end of the year I hope to use the trips in my end of year top ten best wildlife encounters of the year as well as some extra footage that I have been unable to edit due to the amount of hours recorded.
With my holidays over for the year I picked a few sites that are away from the hustle and busell of main roads and dogs walkers where I can camp with night-vision cameras and film the area overnight. My first spot is very special as it's at a unique area surrounded by water. We setup the tent and got the kit and camera setup on the deck or as I have named it Kingfisher's rest and now has a little model kingfisher as a marker.
Last light outside the tent
Camera view on a floating feeder with some fish on 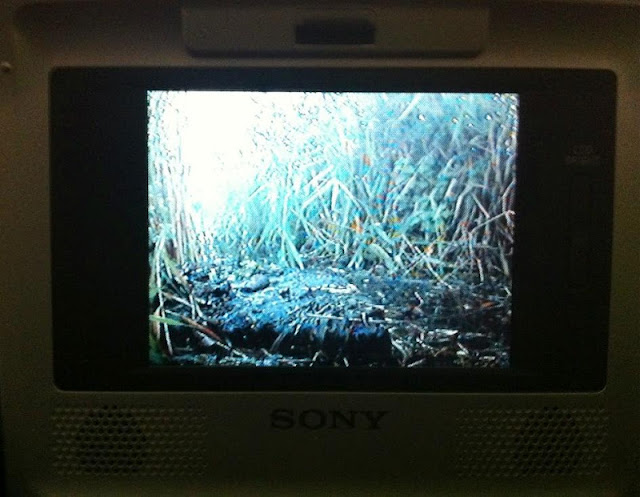 Inside the tent with mini dv recorder and Ipad entertainment 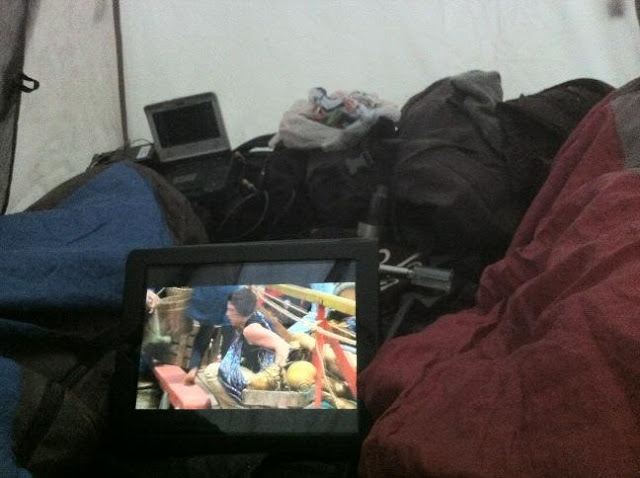 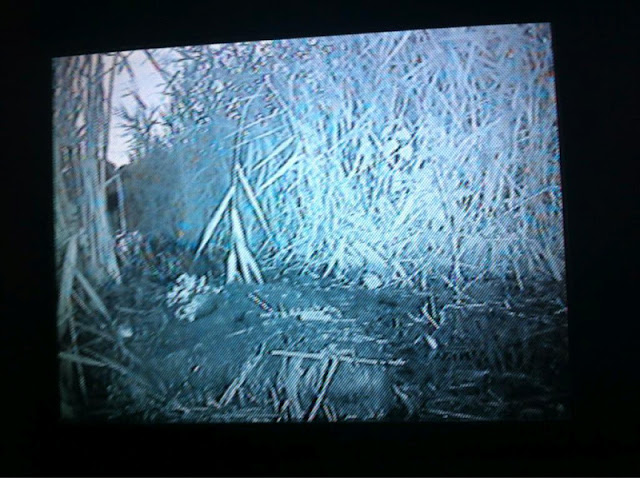 As the night went on the sky cleared and the stars were out in force but a clear sky meant it was getting colder and a cold mist formed over the lake which lowered the temperature in the tent but as we had prepared for it two sleeping bags did the job.
We filmed nothing over the night except a mouse nibbling on the fish but we heard lots of birds flying over the lake from many different waders to Bewick swans which we have never filmed in the daytime near Kingfishers rest so to hear them fly over the tent was an amazing thing to experience.
After a good nights sleep we woke at 6.30am to pack up and get home for a warm cup of tea and some breakfast butties. The lake was covered in a cold mist and the kayaks were covered in ice so we needed to get back home as fast as possible so the paddle back warmed us after a long night in the wild. That will probably be the first and last camp there this year until the summer of 2013 when the true use of the deck will come into play when we connect cameras from water bird nests for monitoring from Kingfishers rest which will be an interesting project.