As I have not really done much filming and photography lately due to prepping and checking new areas that I could possibly film at and today I found an area where I can film at without being disturbed by any unwanted attention as the area I wish to film at is on a dog walkers route but as I will be on the opposite side of the river on an area cut off behind a fenced off reservoir so access the area I can either kayak over or where my waders. I can hopefully get some unique shots of the Sand martins as they excavate they nests ready to lay there eggs in the sand banks above a unpredictable river that can rise very quickly when there has been a few days of rain the banks here have easily been submerged but only during the winter months so fingers crossed that they will be alright this year and will breed sucessfully.
Until they arrive I can only check the area for signs of there return to the banks of the River Dane which is one of a few natural sites on the rivers in Cheshire so its a real gem but unfortunately in the summer teens jump from the banks into the river to cool off which makes the sand banks unstable and causes the nest to be destroyed and also there presence and noise they create keeps the adults from returning to there chicks with food so the young suffer and die which does damage to the success of the Sand martins breeding season. 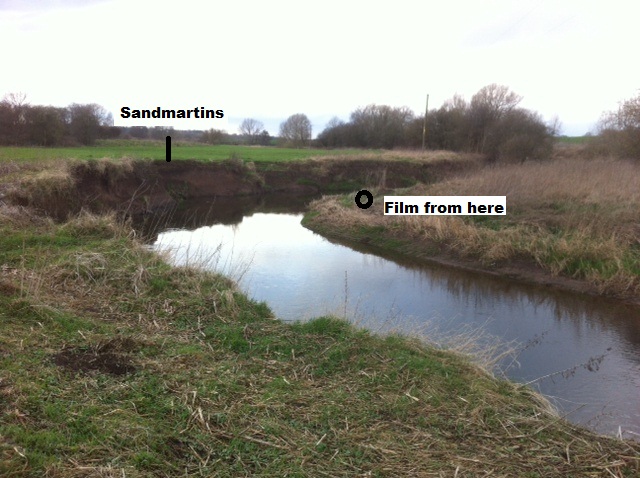