A month well 2 weeks of Summer nature 1 of 2

With a busy month gone by and Summer in full flow albeit a bit wet but that does not put a dampener on things as Ive been out and about enjoying Nature as usual. I spent one week wild camping and week in a cottage on the coast of North Wales and on the island of Anglesey. I discovered a few new places a visited a few that I visted of the winter as the greenery really looked stunning with all the beautiful wild flowers in colours of the rainbow. I will post of few that stood out to me as I will use this blog post next year when planning my summer trip. We found a lovely new Fulmer nesting cliff where you can get quite close without disturbing and away from the crowds. 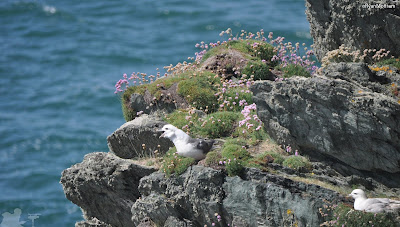 Along the coastal cliffs we ran into a Raven family with a brood of five fledgeling young learning navigate the winds and cliff edges. As well as the Ravens a family of Peregrines were hid in a rocky outcrop as you could hear the young getting excited when the parents brought in pray. 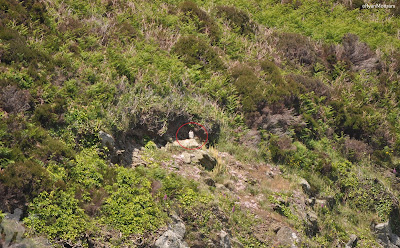 I was hoping to revisit South stack but decided to visit a Nature reserve on Holyhead that has a secret beach and we also found Red Squirrels nearby at 2 feeding stations. I love watching them stick there heads out from the feeders checking if we had come any closer. 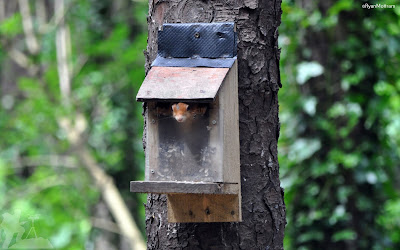 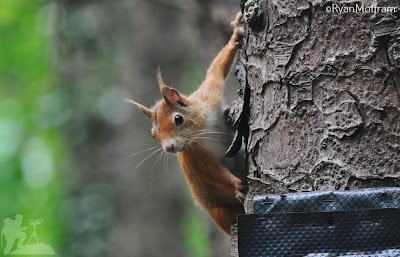 These Gulls had made use of the cliffs where the fulmars nested and the 2 babies looked very safe. 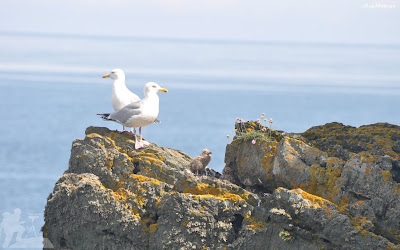 Porth wen was a place to revisit as the difficulty getting to it and open sea below with access to a secludded bay make this a real gem on the coast of Anglesey. The old brick works looks like a set piece from Harry Potter. A pair of Robins must have nested there as there were young on the beach and the parents kept coming to us and collecting any crumbs we dropped on the floor. 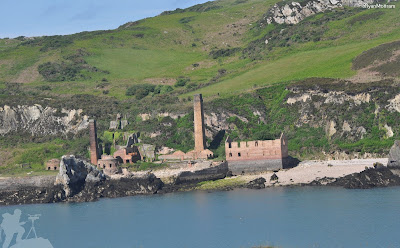 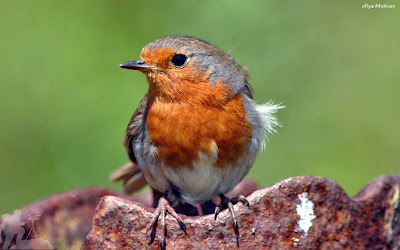 Before the tide came in I wanted to see what was in the rock pools from the last tide and what was coming into the pools with the rising tides. I took my snorkeling mask in my already overloaded bag but was worth it as I ended up swimming through a shoal of Sand eels and these small fish make this area so poplar with the Terns in the area. I'll visit these colonies when I am on holiday in July. There was also some stripey fish that came in with the tide as well as a few other creatures like crabs and shrimp. 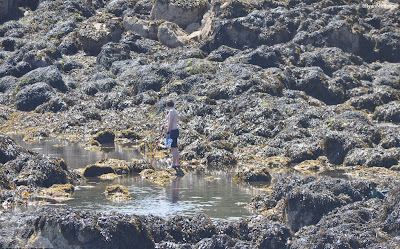 Inbetween our two sepertae breaks we visted Burton mere RSPB reserve which costs £5 to visit if your not a member as there are some wonderful birds making themselves a home there including Bearded Tits which we did not see but our main bird was the spoonbill and as we arrived walking a cycle route from Chester in heavy rainfall abd high tempreturs it was nice to arrive and get comfy and as we arrived at the hide a Spoon bill landed rested, preened then got a moody with the local birds. After an hour on the lake the bird took off with a stick/reed for one of the nests that they have begun to build in nearby trees where Egrets have a colonie. 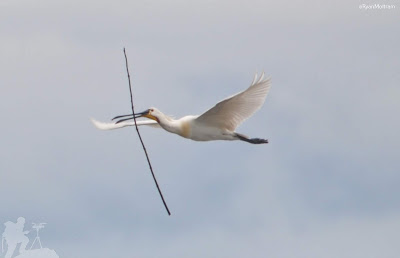 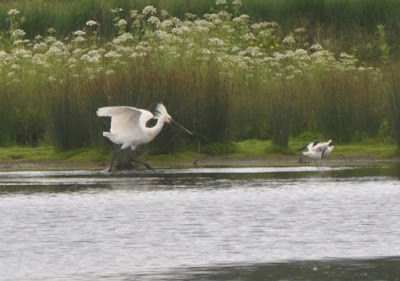 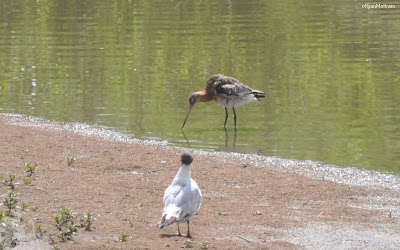 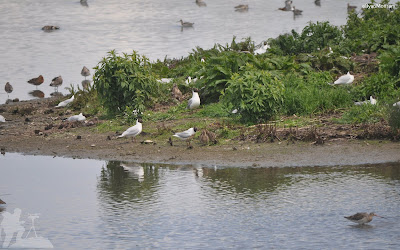 I'll post more of the last 2 weeks in my next blog as I have run out of time plus I have just heard a cuckoo in some nearby trees as I write this on my Ipad.