One thing I love about my June holidays at Llandudno is the opportunity to checkout the Sea bird cliffs off the Ormes headlands. 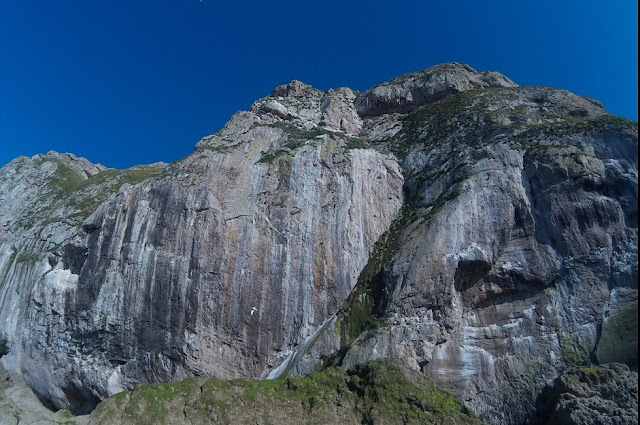 ABOVE VIDEO TO SHOW SOUND FROM THE COLONY
There are a few things I like to make note of 1.How many birds there are 2.How far into the breeding season are the birds 3.How many birds per species and how mixed in they are. This year the Cormorants, Kittiwakes, Razorbills and Razor bill all seemed to have some birds of each species at different stages of breeding. One thing I witnessed was due to the strong winds the Guillemots were struggling to get up to there higher nesting areas so some days they had to land on a lower rock shelf till the wind calmed. I saw a Guillemot land in a Kittiwakes nest accidentally and once the bird returned to it's nest the fighting began. The kittiwake grabbed the Razorbill and pulled it off the ledge and made sure it flew off. 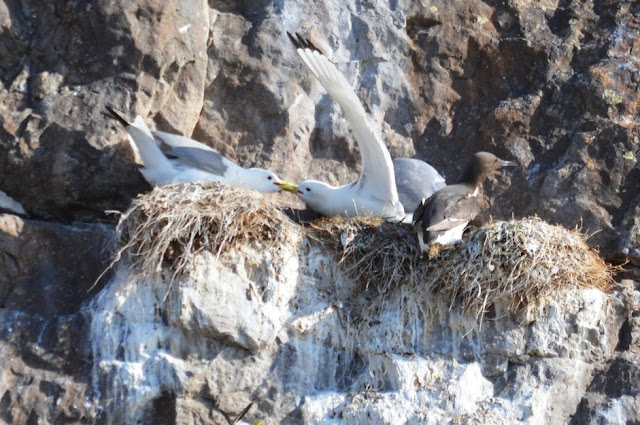 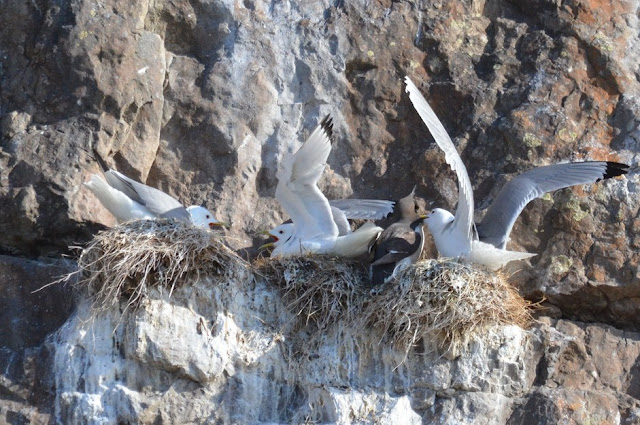 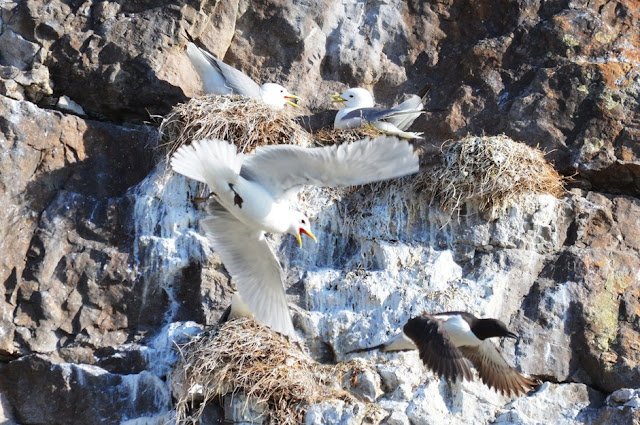 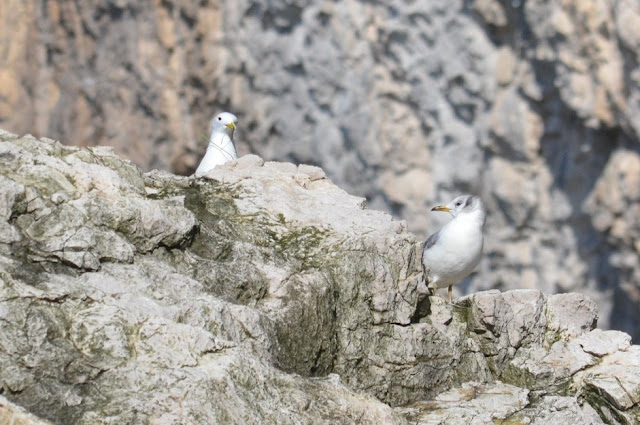 Some mating was going on in the colony 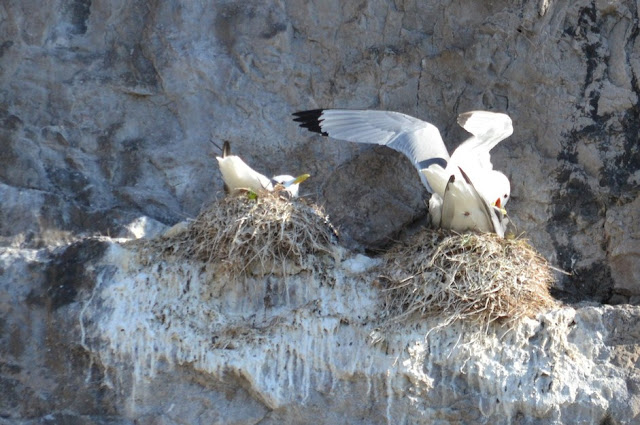 I just hope all the birds have finished nesting before they reopen the climbing here as I believe that there may be a few birds still on nests with chicks and any disturbance could disrupt there success this year. 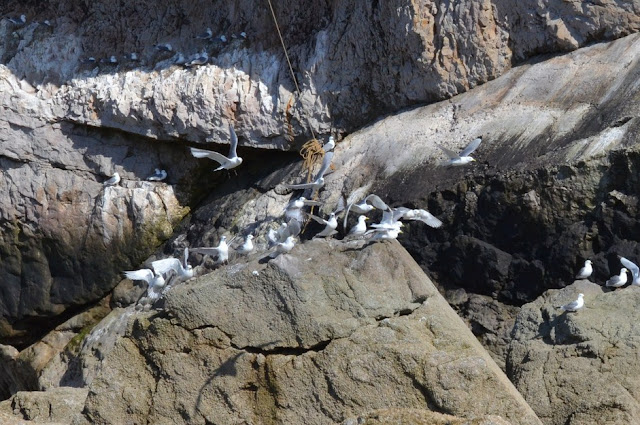 Some of the areas of rocky shelving where the Birds used to nest have worn away meaning they have to either move on to some where new or they integrate with other species on other nesting shelves. 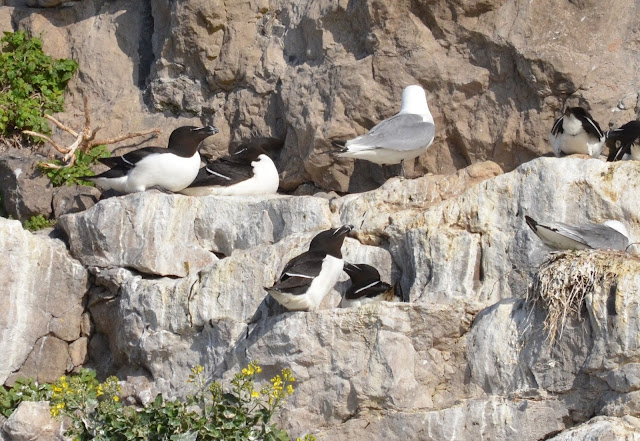 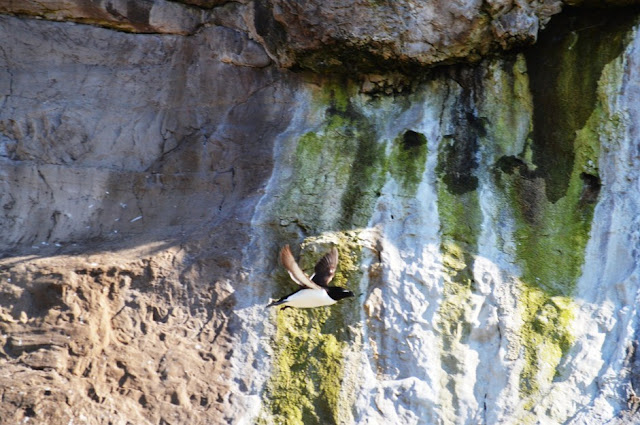 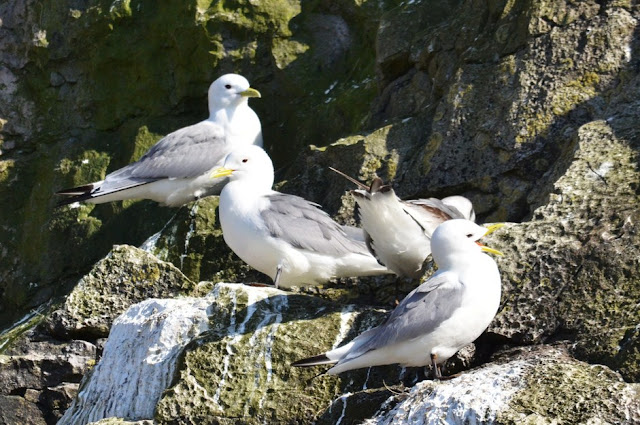 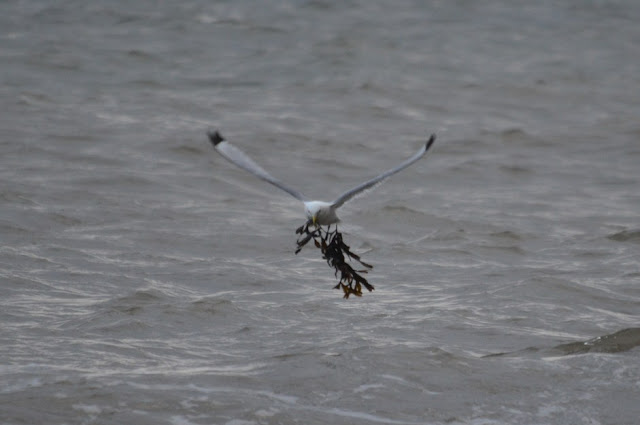 One thing I love about visiting the cliffs is to have all the sea birds coming back and forwards to there nests. Having all this over your head with them giving calls as they return to there mates with food for them or there chicks.
2 Guillemots flying out to sea to catch Sand eels 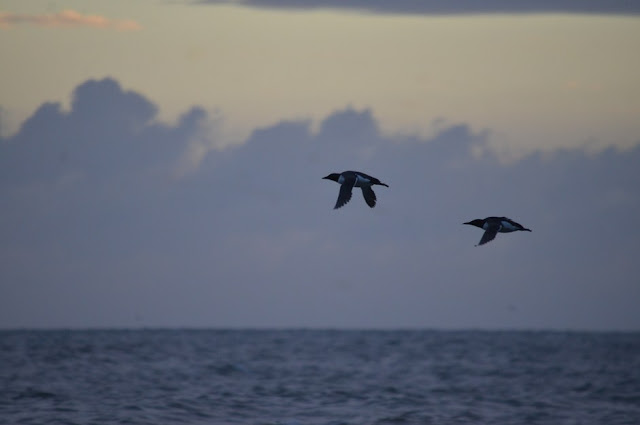 One Guillemot loops around to try and land as the sunrises which lights up the cliffs waking up the sea birds which begins an epic chorus that is one of my favorite natural sounds. 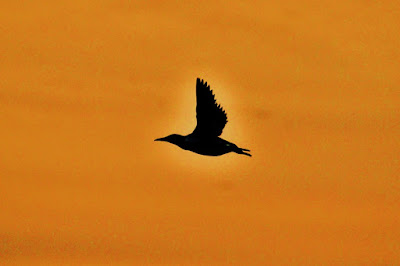