As I have not done a post for a while so here is a little something I have been working on for when I kayak for filming sea birds/seals under & on the sea from my kayak or for filming water birds and nests and hopefully I may get to test this week so expect some test footage in the next few days before I head off to N.Wales for a week of wildlife photography and filming.
Hopefully I will have some exciting news very soon in my future posts
as well as plans for my upcoming North Wales trip. 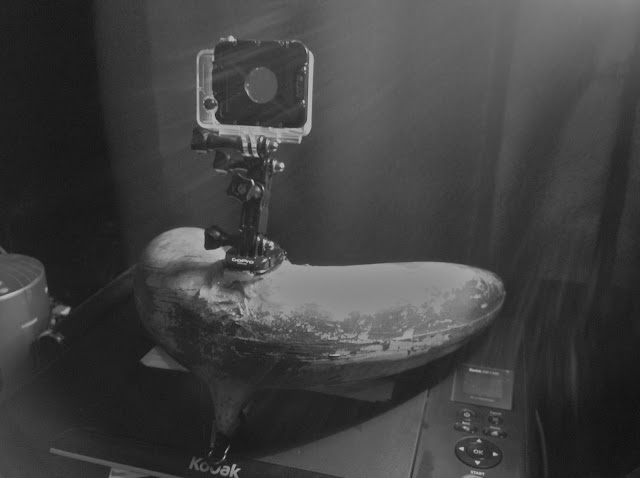 COPYRIGHT 2013 CHESHIRE WILDLIFE MEDIA
The float will be used with the go-pro camera in it's underwater case and as the camera can be watched and activated via an ipad/iPhone. Normally you lose the WiFi signal underwater after a certain depth but luckily the float keeps the camera at the maximum depth so I can float the camera behind me to watch & record any cheeky seals that are curios and swim behind my kayak and pop up when I look around at them so this should film them under & above the water which is really exciting if it works.
The float will have 3 ropes so there's no fear of losing see trolling diagram below: