After lots of deliberation over the past few weeks on my best moments of the year I have now got them all in order so here is number 12 of my best wild moments of 2012. I spent a week in September at Llandudno  and one day we decided on staying in a sheltered area close to the seawall on the Great orme  as when we set out the sky was dark and the sea was rough and the winds were 25-30MPH coming in from the sea so we expected some rare sights to be seen due to birds being forced inland.
My first Gannet!!!!!!
We started looking out to sea and along the shoreline and pretty much every where from the pier to the headland there were groups of Gannets flying against the strong winds and every so often and luckily one bird was pushed right into the Great orme allowing for a rare close encounter and a first for me on the Great orme which made it feel more special for me as Llandudno and the Ormes feel like my second home. 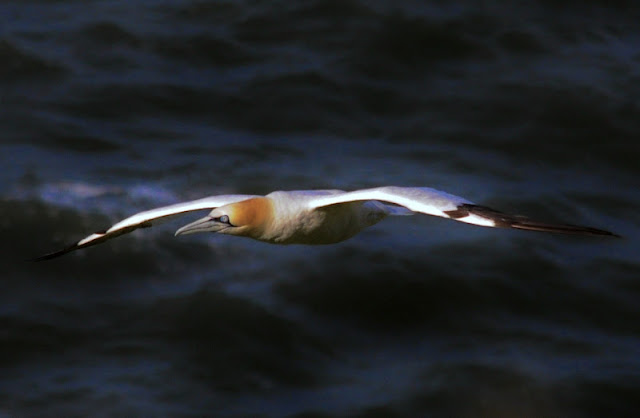 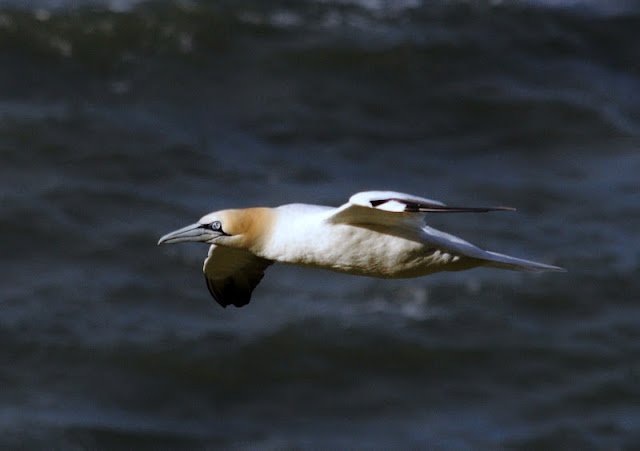 I wanted to stay longer and film the Gannets as they flew over the Irish sea to Anglesey but the day came to an end and we ran out of light. As Autumn is on its way and the days are getting shorter it wont be long till there are more encounter's with migrant birds flying in to rest on the Ormes from the rough Irish sea.
Rough sea with adult and juvenile Gannet flying over the Irish sea 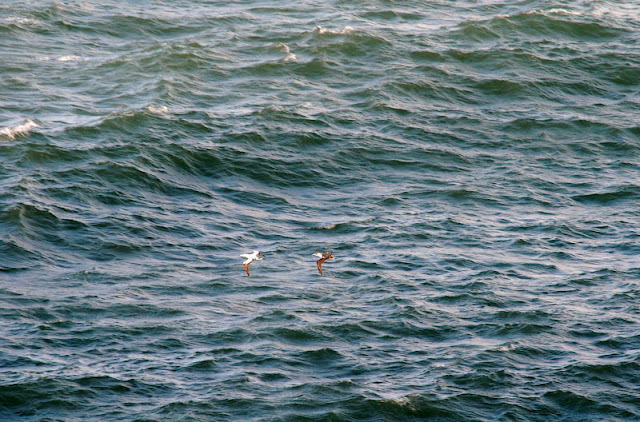 Silhouette of the master of the sea
Flight path 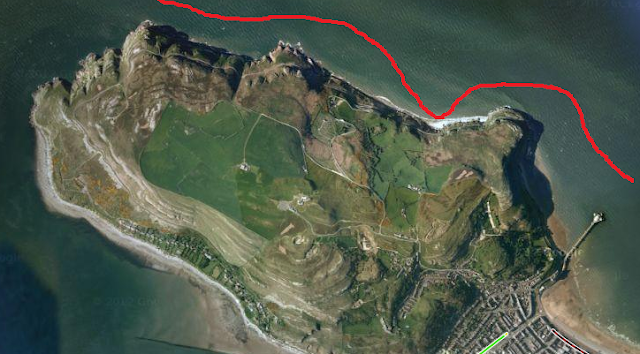