Another visit to Tatton park yesterday and the Red Deer seemed to be very relaxed and most seemed to be bellowing but not much fighting was going on, a few younger stags practiced on the edges of the park but the photo I took below was the best I got. We were in perfect position good light and hidden behind a tree close to the action but after roaring for abit he sat down and went to sleep in the sun.
As time ticked on we noticed most people were focusing on the Red Deer stags and ignoring the Fallow and female Red Deer which got me thinking. The photos below were taken from video footage from a previous trip but pretty much show the light and Autumn colors on offer. 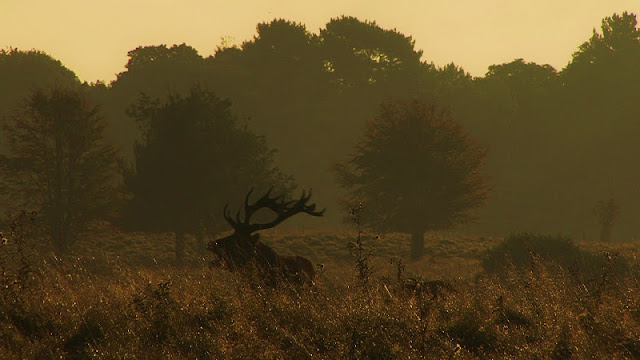 We also watched a few male fallow Deers fighting and there was minor wounds from nose bleeding to cuts on their heads from the antlers on the Deers but it was amazing to watch but the bouts only lasted for a few minutes at a time. 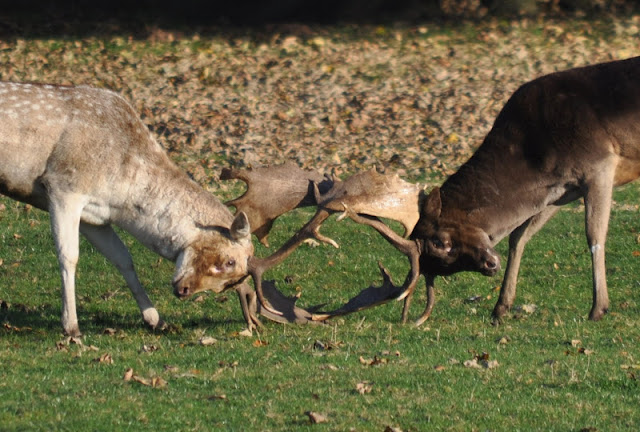 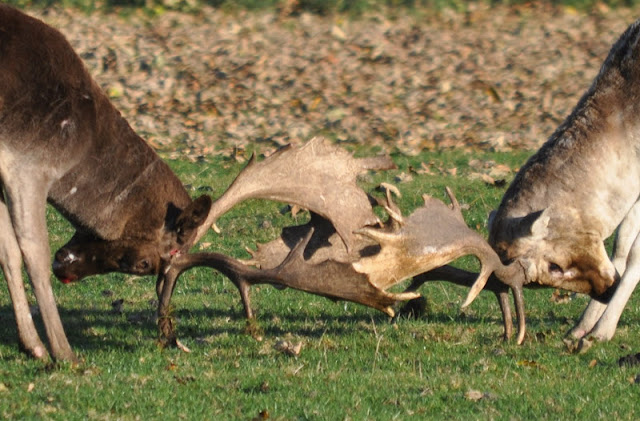 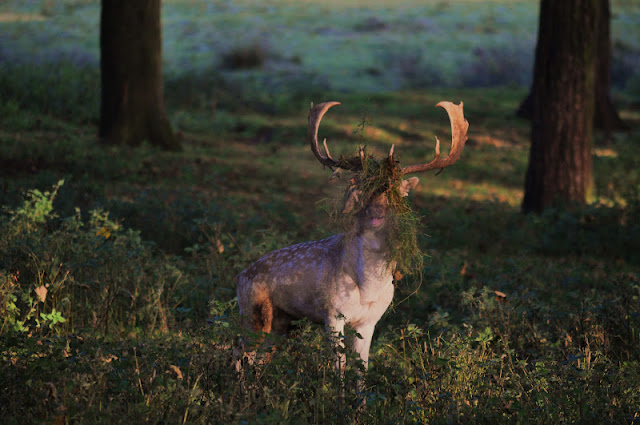 After filming/photographing a few fights I decided to photograph the female red Deer that had not been gathered up by the stags yet and we followed and photographed a hind with it's calf as they grazed and we managed to get right up close and they did not seem to be scared as if you try and approach most of the Deer at Tatton they will run away but after patiently moving closer to the Hind it seemed to accept us and then allowed us to get some close-up photos. 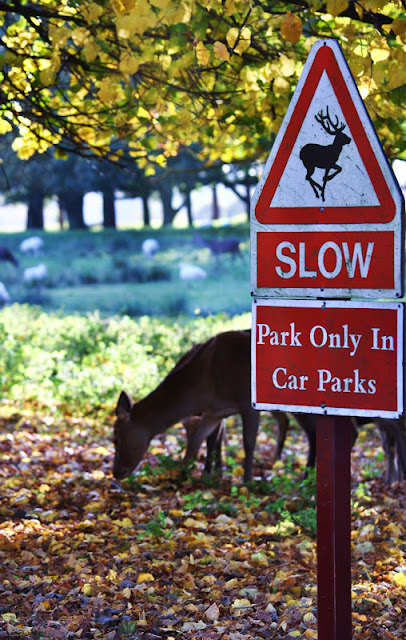 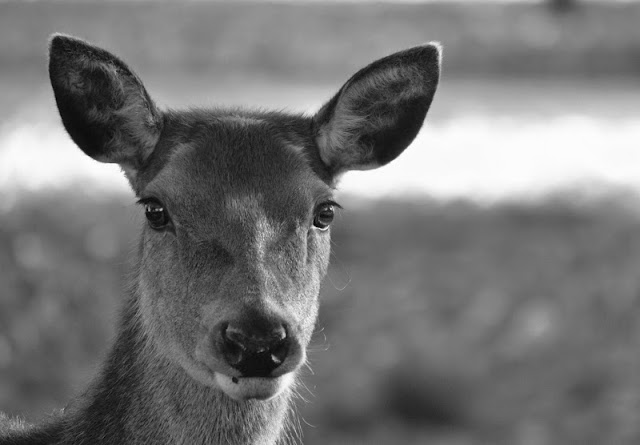 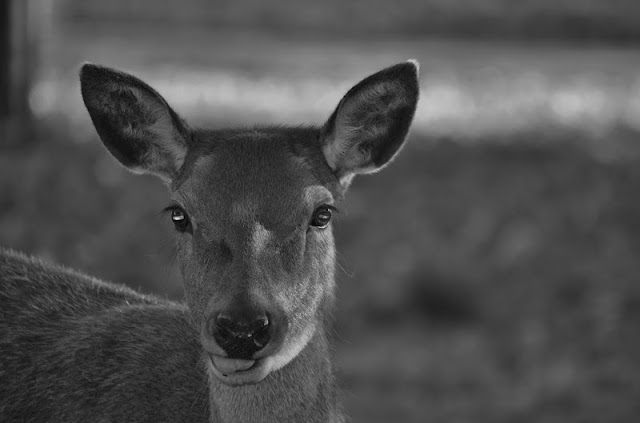 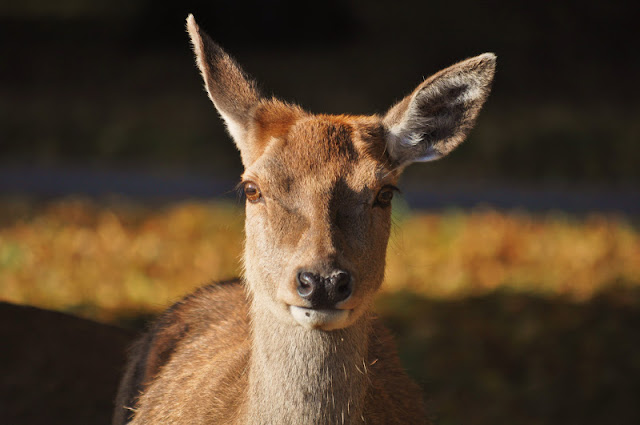