Seals off Penrhyn bay and another tick off my list

As there was rough sea and strong winds last week the Grey Seals out to sea were pushed into the calm bays to shelter and feed away from the stormy conditions of the Irish sea. I managed to film 2 Seals playing in the shallow waters with DSLR so the quality's not the highest. 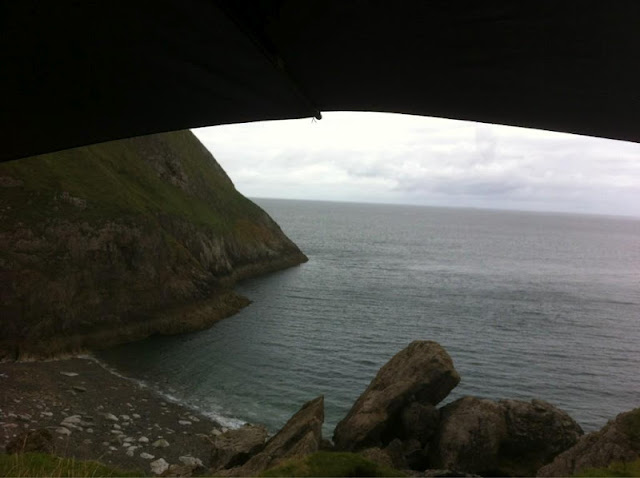 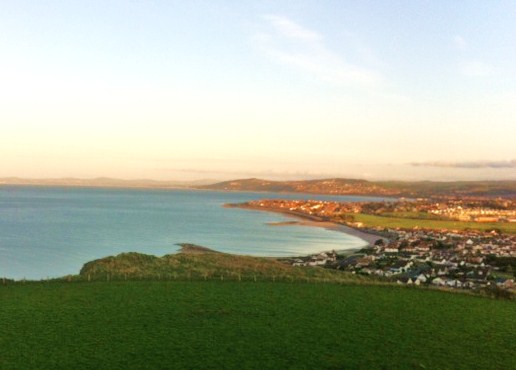 The Bay from above
As you can see they were pushed very close to shoreline which does not happen very often so it was an unexpected treat to get so close and later that week I got one step closer to swimming with them. 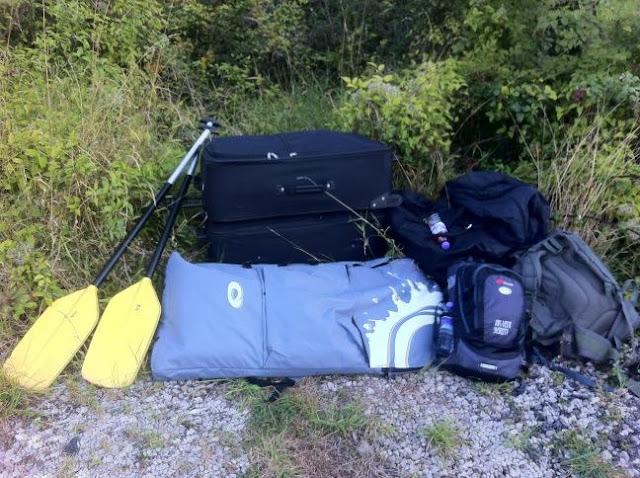 I ended up taking 1 kayak and a body board mounted with a gopro camera so I could record my view of what I encountered as I paddled and was towed to the edge of the calm area. I wore my life jacket and flippers so I was safe and prepared for swimming back to shore if the sea got to rough. 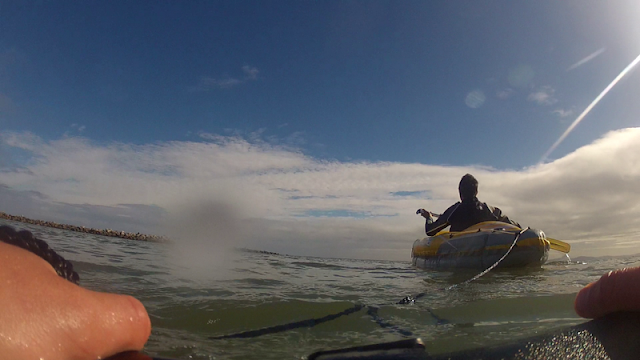 Here's a short clip from the Gopro camera mounted on the board
clip coming soon
Before the sea got to rough and the tide went out I got about 500m away from a Seal before it dived and kept at a distance but they were very curious and 4 came close but I think the exciting part will be next year when I will be snorkeling with them in clearer water in the same sheltered bay with underwater cameras.

Tomorrow I will be posting about the photo below and why it's so special.