After a few hours of filming at the Brock wood sett I heard a bird of prey calling from the far end of the wood and as I snook closer I saw 3 birds fly off to the other end of the wood I had just come from. I think there were 2 fledglings and 1 adult Sparrowhawk but each time I tried to get closer to them they spotted me and flew off.
So I decided to look around and I found a nest just off the main path and I had walked past many times but never noticed so I waited There in my green coat agaisnt a tree and after an hour I got the shots below but I never filmed :0(. 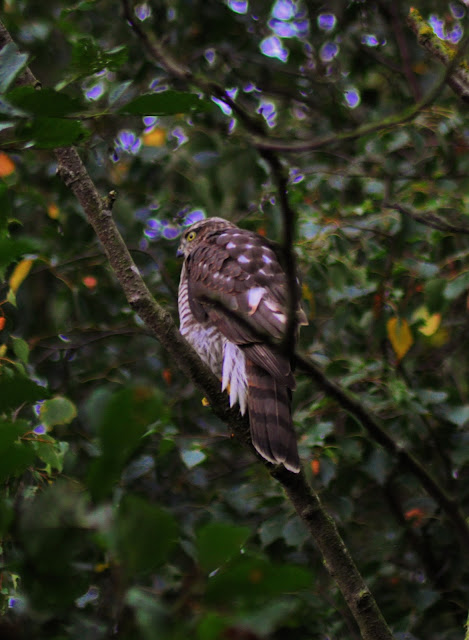 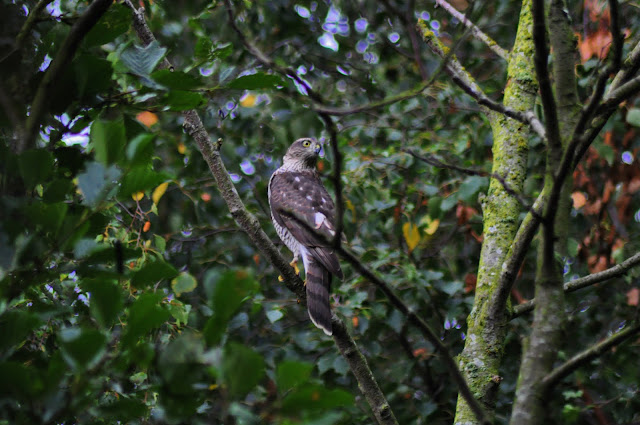 After returning a few days later we found this young female hawk dead in the middle of the wood with no signs of injury so i am guessing it died of natural causes. I took the birds body and buried it in the dense vegetaition for collection once the bird decomposes and the bones of the Sparrowhawk are left. 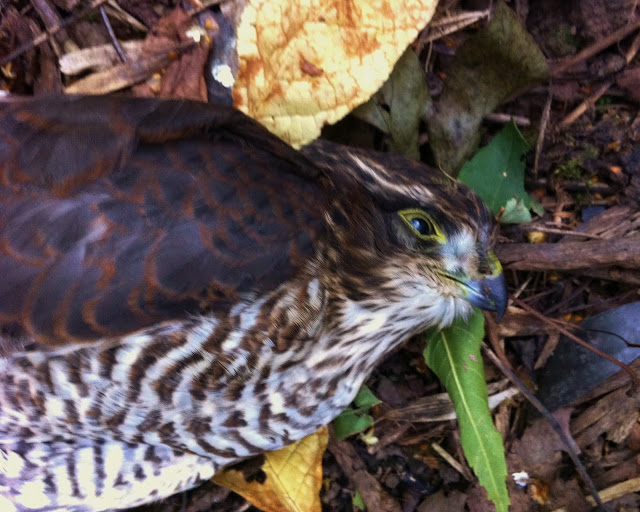 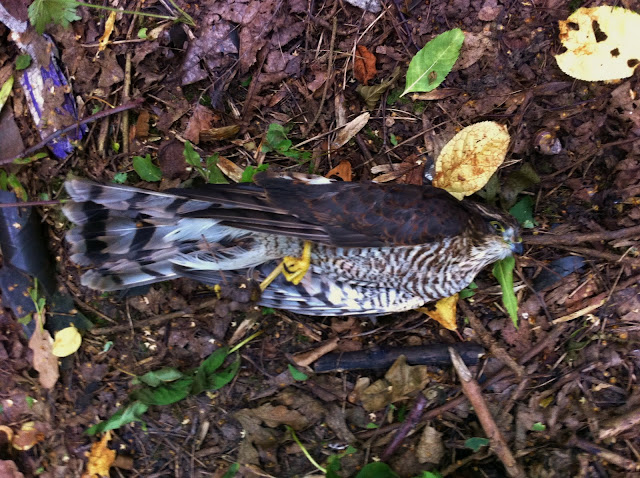 The others still remain in the wood and hopefully the pair will nest in the wood again in 2012 when i  will put cameras on the nest and erect a hide.
Thanks for reading
Mike
Posted by Mike Mottram at 10:18