Today I've decided to let my brother post on my blog as I've been pretty busy keeping my eye on poachers and as it won't be long till the new life of Spring begins soon and the poachers crawl back under there rocks. I'm not sure if I mentioned my brother Ryan much in my posts over the years so here's a quick introduction to him. Ryan photographs wildlife like me but he mostly keeps an eye on the local Swans all year round. Although he doesn't feed them at the local swan gathering place as a local group does that but we won't mention them as there not the friendliest people in the world. My brother travels around the local areas from Cheshire, Staffordshire and North Wales to collect data from there BTO/ring leg tags which he sends to a local recorder. With this data he finds out how far the swans travel to find a mate, build a nest and spend there Winters. As well as recording this data my brother and sometimes I lend a hand to rescue Swans and other local wildlife that needs a helping hand and this week my brother had to help a local swan "Flash" who got trapped when being attacked by a pair of Swans that have a territory a few miles away.

Thank you for visiting and I'll leave you with Ryan while I put my feet up...

Cheers Mike
Stay safe and protect Nature where and whenever you can
-------------------------------------------------------------------------------------------------------
A quick thank you to Mike for the introduction and allowing me to post on his blog and to all the readers I hope you like my blog posts as much as his and hopefully I could do a few more in the future if he lets me. While out checking the safety of the local wildlife I spotted 2 swans flying over( Male is Barbossa and the female is Elizabeth) and once they saw Flash our oldest local Swan the 2 of them landed and began to chase Flash. He got flash trapped in between the bank and canal boat, so I had to react quickly before he got crushed by the boat or drowned by the local pair. Once I got him out to safety I checked him over all was fine. Because of the pair on were still on the canal I relocated him to River that flows next to the canal so he could easily escape using the faster flowing water to escape if they decided to follow Flash as hes quite an OAS now(old age swan now being 18). 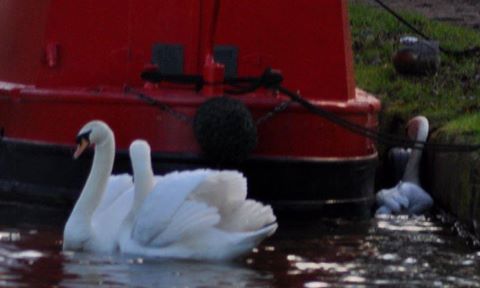 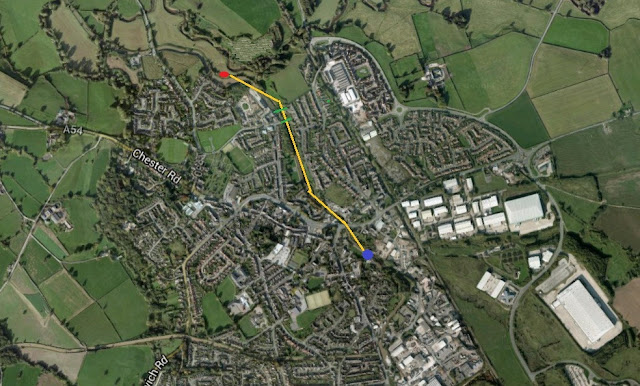 I don't think this will be the last Battle to between Barbossa and Flash this year as they have a few months before they choose a nesting site and stay in that area, until then the pair will keep any swans from being on the edge of there territory.

Thank you
Ryan Mottram
Posted by Mike Mottram at 10:41