An interesting one today and as Flash the male Mute Swan who I have been filming raising his Cygnets with his mates over the years disappeared for a few weeks and we could not find out where he was. Not sure if he may have died of old age, predation ie.Otter, Fox, flying into power cables or whether he had been taken by Eastern Europeans which I have observed in the area lately it was very worrying. But this morning in the local news paper he turned up and was rescued near his territory on the local canal near Middlewich. Hopefully he will be released next week to his own patch which he will defend and his mate may return or a new female may show up. 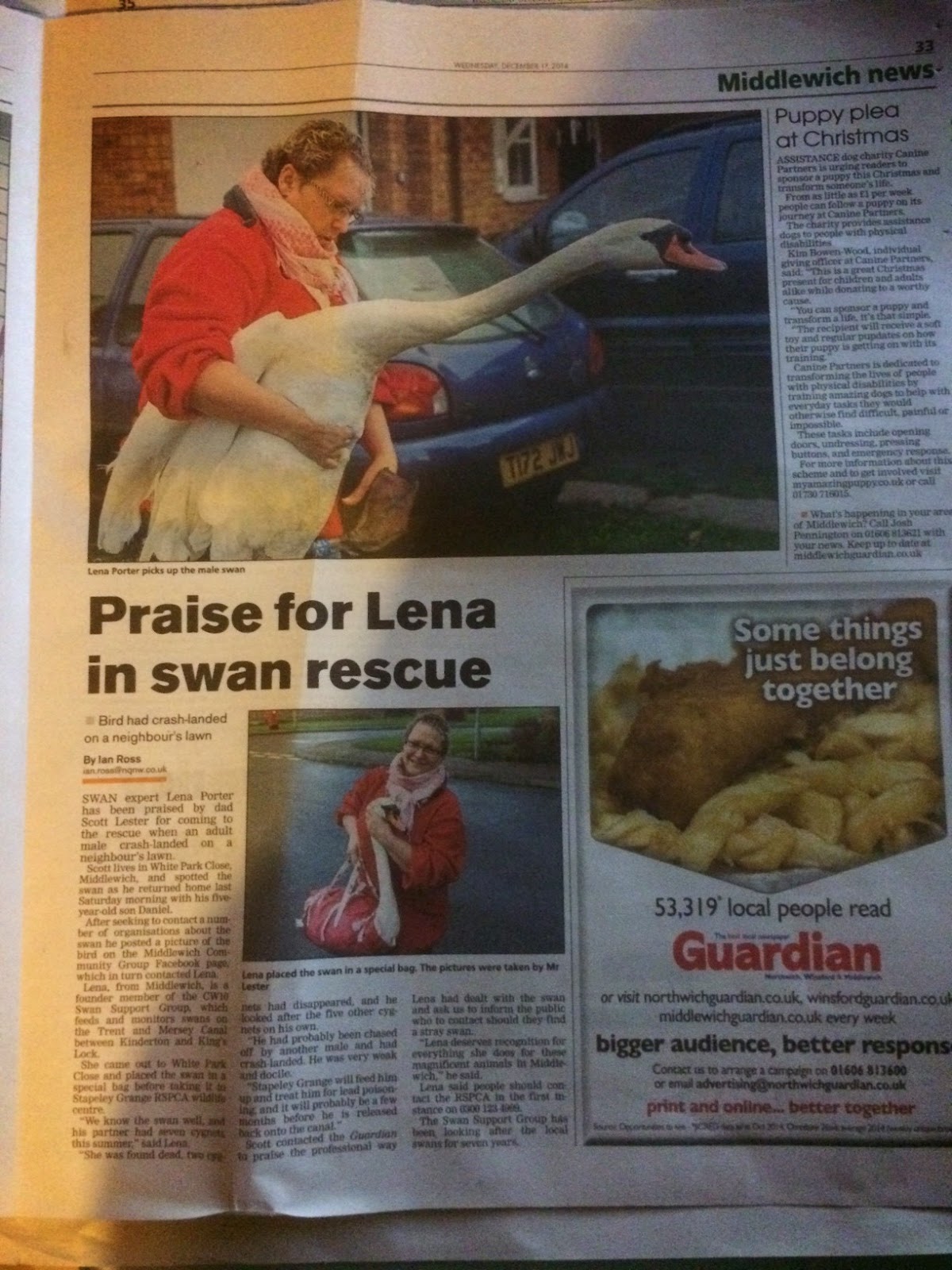 The article was wrong in some places about the number of Cygnets but that's trivial stuff.
Regarding his mate which I named Snow did not die as she and Flash separated/divorced. She used the opportunity of a another Swan dying which was a younger bird as it had grey feathers to escape as we checked the dead Swan to confirm. Snow went off down the river in search of pastures new but will she return in time for spring?!?!?....

Swan divorce is RARE BUT IT'S A TRUE FACT http://www.mnn.com/…/10-bird-species-that-get-di…/mute-swans


So stay wild, be happy and be safe