I thought I would post an update on the Mute Swan family I have kayaked with from the Adult first built the nest earlier in the year to the laying of 6 large eggs and the cygnets hatching into cute bundles of grey and now they are as large as there parents who have gotten alot smaller since putting all there energy and fat reserves into bringing up there young. First we had 6 young and 2 were rescued by the RSPCA because of discarded fishing line and hooks getting caught around there legs which is becoming a real problem around here as well as that the adult male disappeared for a week and as he has been around for 10 years I feared the worse.  I feared he was killed on purpose or just died of old age but yesterday he returned to his mate and 4 cygnets who are getting very cheeky and hogging all the food
so no wonder he had a break from them for a while. 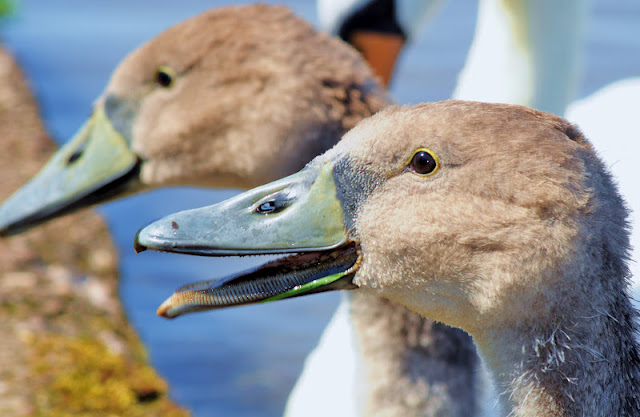 On Sunday I met the family and they swam around my kayak and followed behind and one cygnet seems to like pecking me on the arm I think this one he wanted some of my breakfast muffin which I happily shared with the family. After arriving at my secret site they left to graze and sleep in a cattle field just as the sun came up to light up the water and burn off the early morning mist. 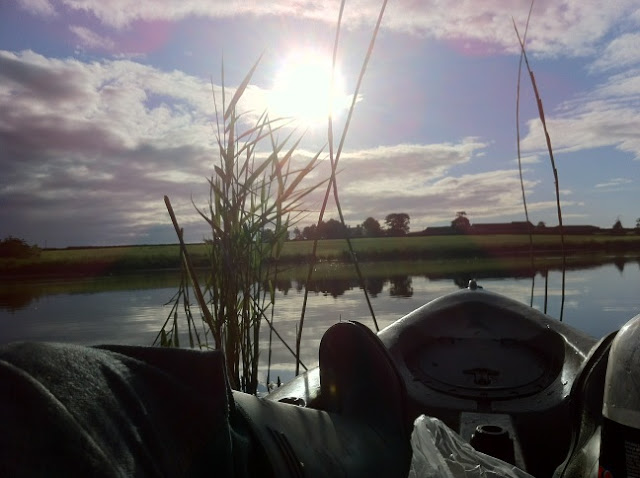