New piece for my tripod and a Mink clip

As I lost a piece of my tripod some where between a Badger sett and a mile of Brambles so theres no way of getting it back so I decided I might as well upgrade and get a bigger head for my pro camcorder. So I bought one from Jessops on Sunday evening and received on Tuesday afternoon a very fast service. After trying in the office with my cameras I can't wait to get out and film some wildlife with it, so I will give it a go in the next few days my other tripod head was abit jerky and seemed to lock up by itself my new Manfrotto 701HDV should do the job alot better as it seems to have a more smoother pan. 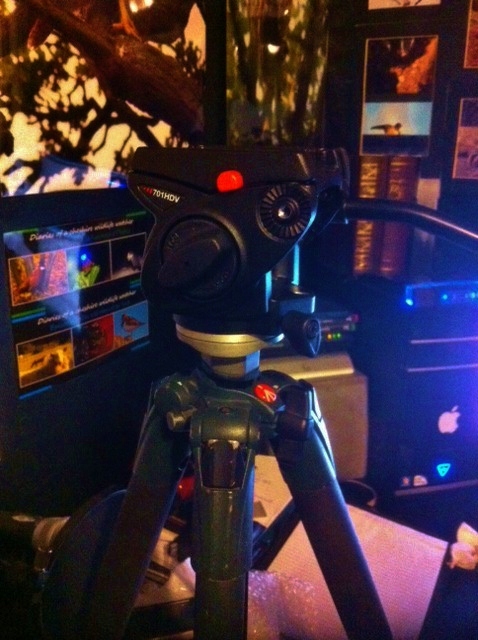 I went to pick up my camera trap on Sunday from the Mink den and it was a very cold and there was a good layer of snow on the ground and my access down the bank to the camera was even more tricky to get down I slid down on purpose but I luckily had my crampons and a few metres of rope to stop me at the edge of the bank it was tough as I had nothing to hold onto due to all the branches being covered in thorns but after collecting the cam I found the power was all gone so it was lucky, I checked the card and there was about 17 clips mostly of rogue snow melt but one clip stood out and is posted below.

Camera trap has removed from the rabbit hole for now as its a risky place to get to as I am still finding thorns in my palms!!!
Thanks for reading
Mike
Posted by Mike Mottram at 10:47