Flash gets a new mate, is it Snow?

A week after Flash was released and he began patrolling his territory in his battle stance with his head up, wings high and body puffed up to make himself look bigger. It seems all his patrolling was not in vain as on Saturday morning we spotted him with a female with a tag. Hopefully in a few weeks he may have wooed this new mate and the cycle of breeding will begin a new which makes me happy to see him come back and achieve so much in a week!!! 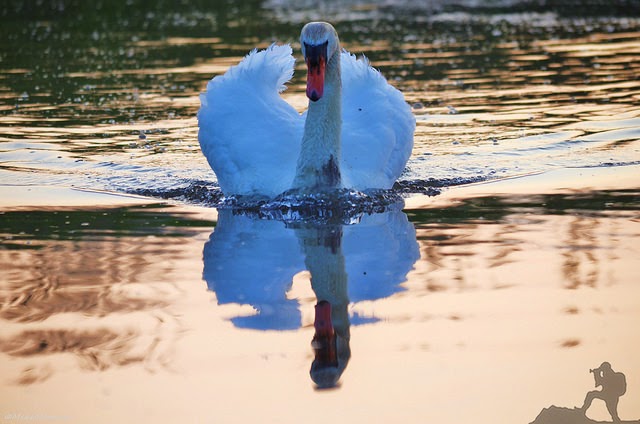 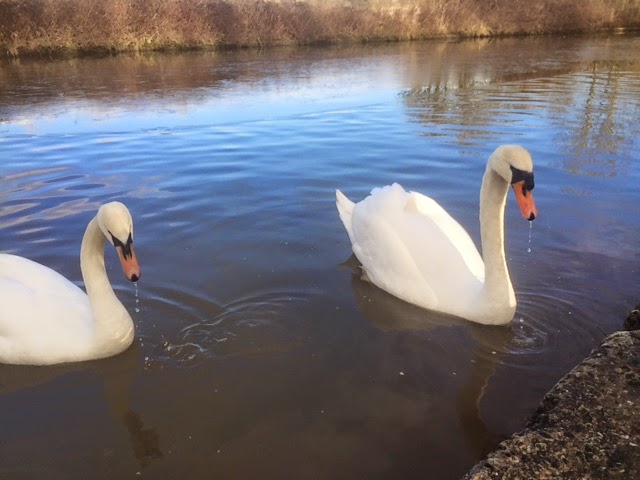 My brother has sent her tag details off to the local Swan ringer to find out her history and if the female has only just been ringed or ringed in August 2014 then this female could be Snow who disappeared after going off onto the quieter river to moult her feathers. The female seemed to be very brave and not nervous at all as she seemed to be more confident than Flash. 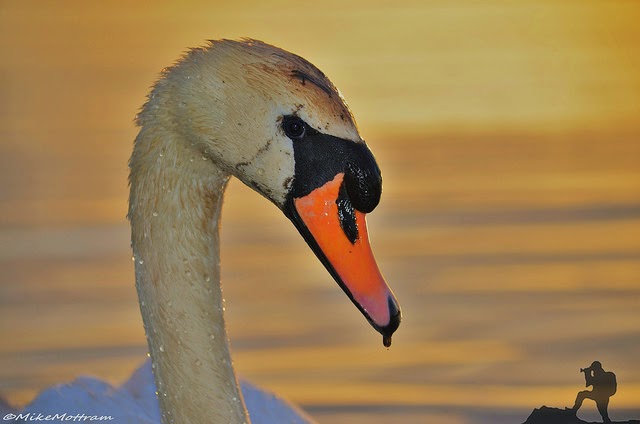 If the information I get back backs up with when she disappeared then we will call her snow. My gut telling me it's her but we shall see as I could be wrong if it's not her then we need a new name hmm I am thinking either Flake or Elsa (Off Frozen)

I'll be back soon with more news on the Swans and other findings but until then
Stay wild, be happy and be safe