Number 6 of the 12 wild moments of 2012 has to be an Oystercatcher project I took on
in June and below is a few screen shots of the nest near to the sea but in a more of an urban area on the edge of a seaside town on a car park surrounded by busy roads and this is the 2nd year in a row where I have filmed them. 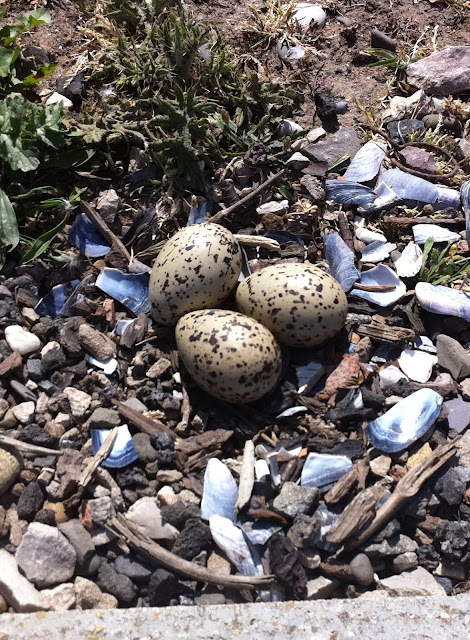 As I had 2 camcorders with me I decided to set them up on the nest and see if the parents were bothered by them and after setting up I backed off about 30-40metres away and within 4-5mins they came back to the nest from the sea wall across the road and chased gulls away from the area before settling on the nest and the footage was amazing to see such a skittish bird accept my cameras so close after 5 minutes of setting them up. 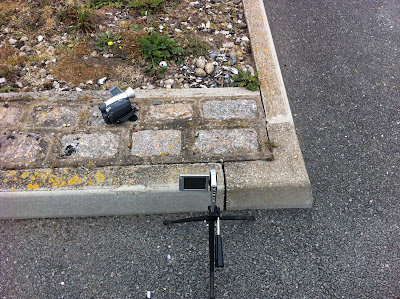 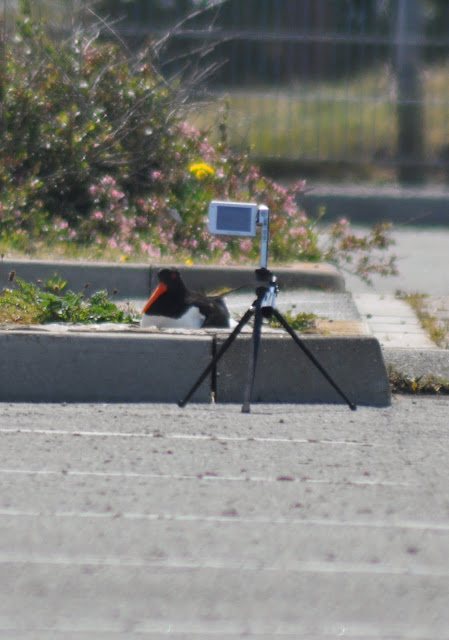 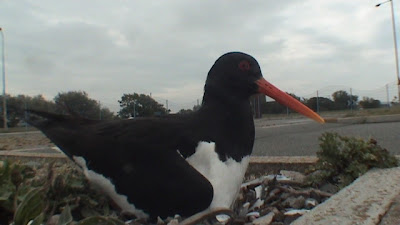 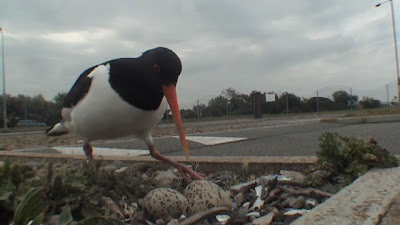 But this year there was one egg and I wanted to film the dangers they face like sea gulls trying to get the eggs, dog walkers, foxes and the main danger which is youths up to no good and without knowing it they could have been stepped on or destroyed on purpose so I angled the camera over to where we sat and today we specifically wore hoodies to show the adults reactions if youths were present in the area and we only filmed this once to film the reaction and the adults alarm called and returned to brick walls around the car park edge to watch from a safe location until I sat back down which let them return to the nest to incubate. 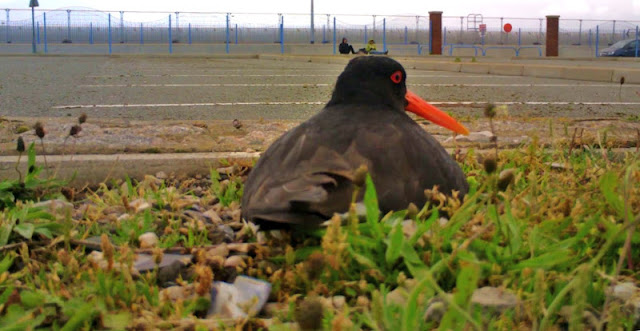 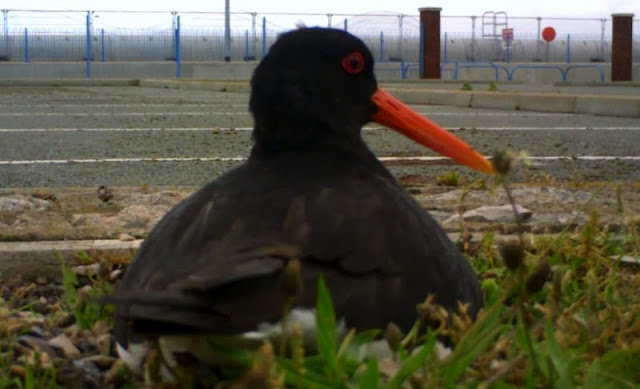 Night-vision kicked in to show how the birds look on the nest once the sun goes down and the Oystercatchers get alot more nervous due to the prowling foxes and also cats from the town that patrol the streets looking for an easy meal. 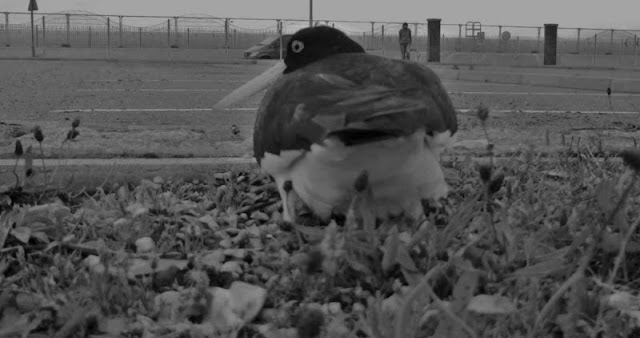 The Oystercatcher leaves to feed as the tide goes out and swaps with the other adult. 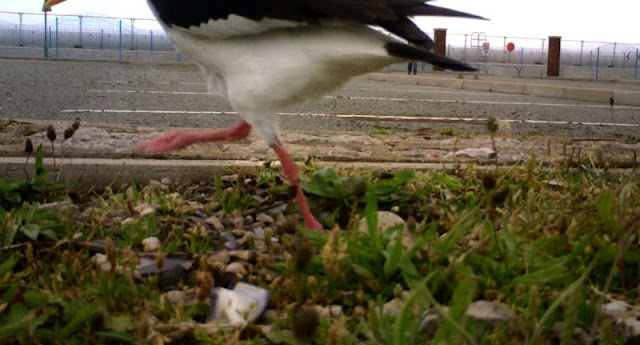